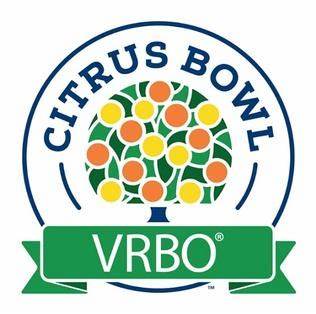 One team in the Citrus Bowl is extremely excited to be in this situation since it rarely gets to play in these kinds of bowls. Not only is Kentucky playing on New Year’s Day, but it also has a chance to reach double-digit wins for the first time since 1977. Penn State has hit 11 wins the last two years so being in a big bowl is nothing new. The Nittany Lions were -7 point favorites with an over/under of 47.5 (at 5Dimes Sportsbook) a week before the Game in Orlando.

Kentucky (5-7 ATS) has lost its last Four bowl Games while PSU has played Georgia, USC and Washington in its last three so this is definitely a downgrade. The Wildcats surprised all year mostly because of a defense that held all of the mediocre SEC offenses down, namely those of Florida and South Carolina. Penn State (7-5 ATS) wasn’t much better as it lost to the best teams in the Big Ten and had key wins over Iowa and Wisconsin discredited by losing at home to Michigan State.

All signs point to this matchup being lower scoring because that’s how both teams play, as seen in the over/under. Kentucky allowed just 16.3 points per Game and will look to contain a PSU offense that wasn’t near its levels seen in previous seasons. In fact, quarterback Trace McSorley’s numbers were down across the board with just 16 touchdowns (6 INTs) on 6.96 yards per attempt. It doesn’t help that Josh Allen is on the other side after notching 14 sacks this season. The Lions will aim to run as much as possible behind Miles Sanders (1,223 yards, 9 TDs) as well as McSorley (723 yards, 11 TDs). The good news is that rush defense was UK’s weakness, allowing 4.1 yards per carry and 144 rushing yards per Game.

The other good news is that Kentucky’s offense hasn’t been good and Penn State’s defense that allowed 20 points per Game will be hard to break. The Nittany Lions are best against the pass allowing 5.6 yards per attempt, but that also plays into UK’s hand. The Wildcats run a similar offense to PSU just with a lesser quarterback. Terry Wilson was serviceable in his first year, but his 6.99 yards per attempt and 11 touchdowns show he has work to do throwing the ball. On the ground, it’s different since Wilson ran for 518 yards, which meshed well with Benny Snell and his 1,305 yards and 14 touchdowns. As long as the offense can move the chains and get close to Four yards per carry, that would work in UK’s favor because that’s what this team has done all season. Early wins over Florida and Miss. State showed they could beat good teams and Penn State is in the same mold.