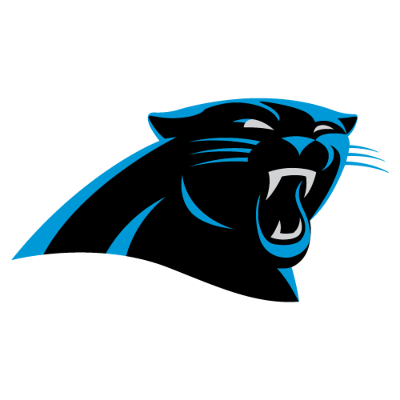 The Panthers finished 5-11 last season, for the second straight season, but they have their star RB back in Christian McCaffery and Sam Darnold takes over at QB looking for a fresh start.

Matt Rhule is in his second season as the head coach and last season the team only ranked 24th in the league in points scored and 18th in points allowed.

Darnold is the new signal caller and he is still only 24 years old. He had three sub-par seasons with the Jets but did not have much talent around him and he now has that in Carolina.

McCaffrey missed 13 games last season due to injuries but in only three games he had six TD. He is a stud that will greatly help Darnold out as the focus of the offense.

His health is key again, as Mike Davis filled in well for him last season and he is gone and backup will be speedy rookie Chuba Hubbard, who was taken in the fourth round.

Darnold will have a couple of WR’s who registered over 1,000 receiving yards last season in D.J. Moore and Robbie Anderson. Third leading WR Curtis Samuel is gone but the team used their second-round draft pick to take Terrace Marshall, who is a tall and athletic wideout.

The offensive line is, once again, an issue in Carolina and while RT Taylor Moton is solid as is the aging C Matt Paradis, the rest of the line has some journeyman free agents and third round draft pick T Greg Little, so there are big concerns up front.

There is hope for the Carolina defense, which is loaded with young talent. Young may be an understatement, as last season the team led the league in tackles made by rookies.

Hybrid linebacker/safety Jeremy Chinn finished second in the Defense Rookie of the Year voting. Speedy CB Donte Jackson will likely team up with first round pick (#8) Jaycee Horn, who has a ton of upside.

DT Derrick Brown made a few all rookie teams last season and is a solid run blocker. DE Brian Burns has 16.5 sacks in the last two season and in the off-season the Panthers picked up edge rusher Haason Reddick, who had 12.5 sacks in a breakout season with Arizona last season.

It is key that the Panthers get off to a good start this season and they do not have a strong schedule until the last few games.

In their first 10 games they only face one team that made the playoffs last season. However, the last four games are killer for the team facing the defending champion Buccaneers twice as well as the Bills and Saints.

The Panthers have talent on both sides of the ball but a big question is if Darnold can show he is a legit QB or will be a bust like in New York?

McCaffery is back and healthy and the defense has a lot of good young players. I look for Darnold to play well with the pieces around him and the Panthers may be a surprise and vie for a playoff spot.