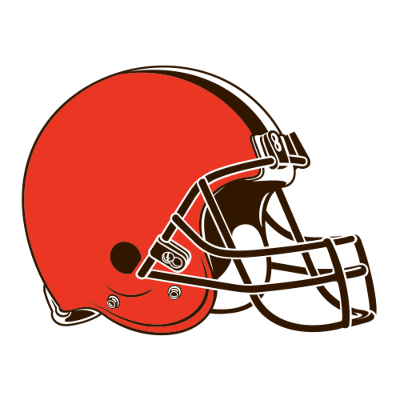 Last season the Browns snapped their 18-season playoff drought and even won a playoff game. The offense is there, and the team made many moves in the off-season to revamp a defense that only ranked 21st in the league last season in opponents’ points per game.

Cleveland made the playoffs last season and even won a playoff game and this season have the second-best betting odds to win the AFC North.

Baker Mayfield came back strong after a terrible 2019 campaign and after the Week 9 bye only had one INT and was the fourth-highest graded passer by Pro Football Focus.

Last season Kevin Stefanski won the Coach of the Year in his second year at the helm of the club. Offensive coordinator Alex Van Pelt was crucial in fixing Mayfield’s footwork and was one of the main reasons the 2018 #1 pick played so well in the second half.

Odell Beckham Jr. is Back

All 11 starters are back for the Browns on the offensive side of the ball. The big question for the offense, which ranked 14th in the league in scoring, is will Odell Beckham Jr. come back and get it going?

He has not done much since coming to Cleveland, but he is back after a knee injury derailed his 2020 season and if he and Mayfield can have rapport the passing game should be much better.

While Mayfield gets most of the press for the offense, and is gunning for a big contact, the run game is the strength of the offense.

Nick Chubb (1,067 rushing yards) and Kareem Hunt (841 rushing yards 304 receiving yards) are one of the best RB duos in the league and they play behind a more than solid offensive line.

Defense May be An Issue

The offense has the pieces and Beckham Jr. is back and healthy, but the overhauled defense may be the team’s biggest issue.

Last season the Browns’ defense dealt with COVID-19 issues with players missing time and while the unit ranked fourth in the league in turnovers only ranked 25th in third down defense.

Clowney and McKinley should take pressure off Myles Garrett, who had 12 sacks last season in 14 games. The secondary should look much better with the new additions and the team also gets back S Grant Delpit and CB Greedy Williams, who both missed last season due to injuries.

I look for the Browns to get another good season from Mayfield, Beckham Jr. to bounce back, and for the run game to be solid. I also think the defense will be better than last season with the solid additions made in the off-season. That adds up to another playoff run for the club that has a lot of expectations.