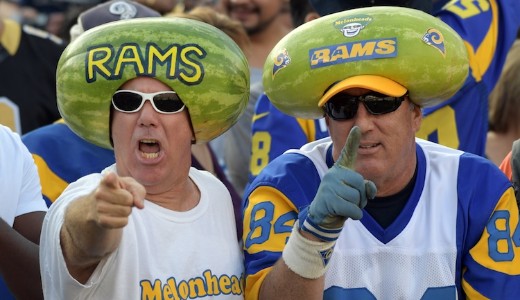 Both the Cowboys and the Rams missed the playoffs last season and each look to get off to a good start to this season in La La Land in the first Sunday night game. The visiting Cowboys are a 3-point favorite in this NFC matchup with a total at 52.

The public has been backing the Cowboys in this game, as they opened at -2.5 and are now at -3.

While these teams met in last season’s preseason they have not met in the regular season since the Rams beat the Cowboys in the playoffs in 2018 on their way to he Super Bowl.

The home team has covered the spread in six of the last eight games between these teams.

The Cowboys jettisoned longtime coach Jason Garrett and replaced him with Super Bowl-winning Mike McCarthy. He inherits a solid team, but can he get them deep in the playoffs, which Garrett never did?

America’s team is the favorite in this game but are out two starters with LB Sean Lee and star OT La’El Collins both on IR.

Dak Prescott and the Cowboys did not work out a long-term contract and he will be playing under the franchise tag this season.

He passed for 4,902 yards last season with 30 TD and 11 INT. His two main targets in Amari Cooper and Michael Gallup each had over 1,000 receiving yards last season and WR CeeDee Lamb may have been draft steal falling to the middle of the first round.

Look for Dallas to give the ball to Ezekiel Elliot early and often in this game and last season he rushed for 1,357 yards.

L.A.’s defense does have stars DE Aaron Donald and CB Jalen Ramsey but still only finished 13th in the league last season in overall defense and does have some homes, especially up front.

L.A. finished 9-7 last season, and can they improve on that with several key losses? Former NFC Offensive Player of the Year RB Todd Gurley is gone as is WR Brandin Cooks, DE Dante Fowler, who had 11.5 sacks last season, and LB Cory Littleton, who led the team with 134 tackles last season.

Robert Woods and Cooper Kupp each had over 1,100 receiving yards last season and it is key that Goff get them the ball facing a Dallas pass D that may be sketchy and lost CB Byron Jones in the off-season.

Cam Akers was the team’s second-round pick and Malcolm Brown (255 rushing yards last season) will man the run game. Akers has impressed in camp, but can the rookie carry the load?

Dallas has issues in the secondary and the pass rush and that is good news for Goff, who looks to rebound after regressing last season.

I don’t see the Rams’ defense being able to keep Elliot and Prescott in check in this game. The Dallas D will not dominate L.A. but they will not give up a ton of points, which I think the Rams will. Take Dallas in this opener even on the road giving three points.

Bettorsworld’s Pick – Handicapping week 1 in the NFL is always difficult. But this year, due to their being no pre season, it’s especially difficult.

Who knows what we’ll see when these teams take the field. With the Rams losing several key players, will they be able to fill that void? How about the Cowboys new coaching staff?

We shall see. Using last years data, we have the Rams winning by 6. So the question that needs to be answered is, have the changes that have taken place for both teams, with new coaches, new players, etc, equal to a 9 or 10 point swing in the line?

There may be some value with the underdog Rams in this spot and that would be not only for the game but potentially as a 1st half play as the new coaching staff in Dallas figures to have to work out more kinks than the Rams.