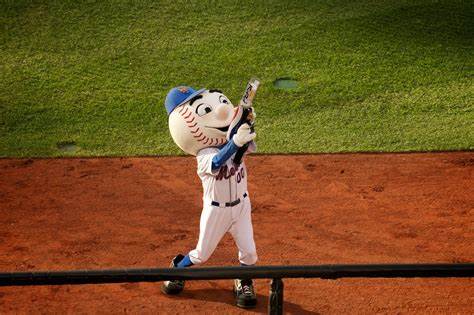 **Note – the article below was written several years ago. At the time this article was written, baseball lines were routinely moving 30-40 cents per day due to the play of a large syndicate that didn’t bother to hide their bets. Not only were they betting millions on their Games, but the rest of the betting world was following along as well. A Game might move from -120 to -150. It was impossible to get stuck on a Game from a scalping standpoint.

Things have changed. Baseball sides generally don’t move more than 15 cents anymore. You’re lucky if they move 10 cents. Instead of getting baseball scalps for 20 or 30 cents, scalpers are happy to get 2 or 3 cent scalps.

But there is still opportunity. If you are looking to employ the strategy suggested below, of betting baseball at better prices than the rest of the betting world, you’ll have more luck doing it with baseball totals, particularly early in the year. With a little work, you should be able to play a total for example, that opened at 9 over -115 and closed at 9 over -145, at even money. So you’d be sitting with an even money wager on a total that closed at -145. In that scenario, over the long haul, it’s just about impossible NOT to show a profit.

Getting the best of it

Ok, so scalping is not your thing, and we’ve all heard how “followers” simply can’t win over the long run, due to consistently playing the bad numbers, or getting the worst of it. So what is one to do??

Well, why not “follow” at a better number? Huh? Yeah, if the professional group, be it the Pokers or the Koshers plays a Game at -120, why not follow and play the same Game at an even better price than THEY played the Game at?

At this point you’re probably saying this guy has lost his mind, and is now reduced to incoherent ramblings, right? Not so fast my friends.

Most guys who elect to follow steam, sit themselves down in front of their live odds screen, and wait for the steam to hit. When it does, they scramble and attempt to get the same numbers the Game is being played at. A Game might be -120 across the board, and Our friendly follower is scrambling to get as close to -120 as he can. Sometimes he gets it, sometimes he has to settle for -125 or -130 or even worse if he still wants to play the Game. It’s those -125’s and -130’s over the course of a season, that grind the follower down.

If the hot side wins, Our follower picks up 500. If the hot side loses, Our follower is out 550. In other words, Our follower is laying 550 to win 500, or, -110, on a Game that even the sharpest of the sharp are laying -120! That my friends, is a 10 cent edge in your favor. Hell, the group that played the Game saw value at -120, I’m feeling pretty damn good about my position at -110. I’ll take that edge day in and day out. Over the long haul, it will make you money. Hell, last baseball season, you would have made money playing at the worst numbers, imagine if you were getting 10 cents the best of it every time?

Now, of course, there will be times when your Game won’t move enough to make this possible, however with a little practice, you’ll learn how to read the moves and will be able to act accordingly.

It takes alot to win betting sports. It ain’t easy by any stretch of the imagination. It’s all about gaining an edge, and getting the best of it. The above example, is just one of many, tricks of the trade. Use it wisely!