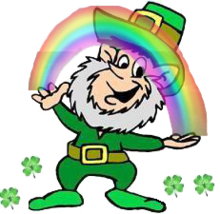 Well, here we are. It’s a week before the Super Bowl, and you know what that means, right? You got it. Every major paper and other media outlets will be running their little stories on Compulsive gambling. I’ve seen 3 or 4 already. Hey, it sells papers I guess, but it’s also irresponsible jOurnalism. It gives one the impression that everyone who makes a bet on the Super Bowl is a compulsive gambler, shedding further negative light on this industry. I’ve spoken with just about every major paper and Television show in the United States. Each time I spent time discussing the good of the industry, and pointing out the many positives. Most times, when I read the finished product, they had omitted everything positive, and used the one negative thing I may have mentioned, taking everything out of context.

Lucky Joe was smart enough to realize that if he kept on the track he was on, he wouldn’t be around much longer, but then, what would he do if he broke away from the pack? This was Joe’s life.

Lucky Joe had always made wagers here and there, but never took the time to educate himself. Until that day when Lucky Joe made the move. He broke away from the crowd, and consumed himself with sportsbetting. He learned all he could. Spent hOurs and hOurs handicapping Games, educating himself. Lucky Joe no longer had time for the old crowd. He was too busy. Most important of all, Lucky Joe was able to see his hard work pay off in the results of his handicapping.

Lucky Joe had found himself a hobby. The pleasure that this hobby brought to Joe was unmatched. Joe compared his hobby to others hobbies. He knew people who went skiing each year. This hobby would cost these people thousands of dollars. Ski lift tickets, admission, equipment, lodging, etc. Lucky Joe had just completed a successful year in sportsbetting. His hobby PAID him!

Lucky Joe had years where he lost a couple of g’s as well. But hey, the people Joe knew that loved to ski spent far more than that, each and every year. At least Joes hobby could actually make him money.

What about Joes old crowd? Well, two guys from the old crowd concocted a scheme to rob a local coke dealer connected to a local street gang. The scheme didn’t go as planned. They were both gunned down and killed in the attempt. Another one of the crowd, a guy Joe grew up with, was recently found dead from a heroin overdose.

I know Joe. Joe is a real person, as is his story. I’ve watched Joe over the years. Joe is very successful today. He has a beautiful family. Great friends, and a great life in general. Joe has become one of the sharpest sportsbettors I know. He’s as passionate about sportsbetting today as he was back then, probably more so. To this day Joe credits his love of sportbetting for saving his life. Had he not consumed himself with it, he knew he would have been there the night his two buddies were gunned down.

Lucky Joe is an extreme example of the good side of sportsbetting. I see other examples on a daily basis. I see thousands of people enjoying a site like Bettorsworld. I see guys/girls spending hOurs handicapping Games, looking for that elusive edge, hoping just maybe, the oddsmakers missed something. Just maybe, they’ve outsmarted the books this time. I see them enjoy the constant daily challenge of trying to win. I’ve also seen friendships form online between people who have never met, but have sportbetting as a common bond. These are just some of the positives of sportsbetting.

Most people who wager on sports do so as an enjoyable recreational activity. I challenge any major media sOurce, be it print or television, to grow a set of balls and do a story on THAT side of things, as opposed to the negative side. Being a betting man myself, I’d bet we never see it. It’s the negatives that sell papers and make people watch tv  shows, not the positives. People in general love to see and hear about other peoples problems.

There’s probably no other activity more misrepresented by the media than sportsbetting, but as you’ve just read, the good far outweighs the bad………just ask Luck Joe!