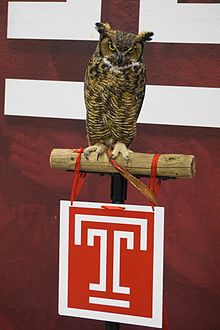 Maryland is the 21st ranked team in the nation and they are 7-point road favorites in this non-conference affair facing Temple with a total sitting at 64.

It was not eye opening when Maryland throttled Howard 79-0 in their season opener, but it was in their last game beating a ranked Syracuse team 63-20.

Temple is only playing their 2nd game of the season after an easy 56-12 win in their season opener facing Bucknell.

These teams met last season at Maryland with the Owls beating the Terrapins 35-14.

While Maryland has covered the spread in their first two games, which were both at home, and are 4-1 ATS in their last five non-conference games they have failed to cover in their last four road games.

Temple covered facing Maryland last season and they are 6-2 ATS in their last eight games facing teams from the Big 12.

In their last game Maryland beat Syracuse 63-20 racking up 650 yards of total offense and rushed for 354 yards.

Maryland jumped out to a 42-13 halftime lead against Syracuse in the blowout win. Josh Jackson passed for 296 yards with three TD and one INT and he spread the wealth with at least five Terps that had at least 31 receiving yards.

Four Maryland players had at least 67 rushing yards led by Javon Leake (107 yards) and Jake Funk and each these guys had a run of at least 54 yards. Tayon Fleet-Davis is the main RB for the Terps and in two games he has rushed for 146 yards averaging a solid 5.4 yards per carry.

The Terrapins have blown out of the gates this season with their dynamic offense, but in last season’s home loss to Temple they only had 195 total yards and had no passing game to speak of.

Maryland comes into this road game with a ton of confidence, especially after crushing a ranked Syracuse in their last game. They can pick up more with a win in this one, which will only serve them well with their Big 10 season opener in their next game hosting 13th ranked Penn State.

Owls will be Tested this Time Around

Temple crushed Bucknell 56-12 in their season opener where they had 695 total yards of offense and had 507 passing yards.

Anthony Russo passed for 409 yards with four TD and an INT and Brandon Mack and Jadan Blue each had at least 117 receiving yards. Re’Mahn Davis led the Owls with 60 rushing yards and Jager Gardner chimed in for 54 yards on the ground.

Russo passed for 228 yards in the win over Maryland last season while he has some new supporting cast around him. In that game the Owls totally shut down the pass holding the Terps to only 67 passing yards and Jackson did not play in that game and has gotten off to a great start this season. This is his first year as a starter for Maryland after transferring from Virginia Tech.

While Maryland has covered the spread in their last four road games facing Temple and the road team is 7-0 ATS in the last seven games between these teams the Underdog is 5-1 ATS in the last six meetings.

The Terrapins are only 1-4 ATS in their last five games facing teams from the AAC.

In the three games these teams have played none have been close. That will change in this game, as there will not be a blowout. However, Maryland will get some revenge on Temple after losing to them last season, as they will win in their house and cover the 7-point spread.