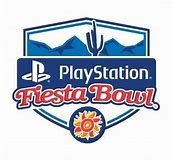 UCF is in the same situation as a year ago with an undefeated season on the line and again not in the College Football Playoff. This year, LSU gets the task of trying to take down the Group of Five darling. The Tigers were -7.5 point favorites with an over/under of 55.5 (at 5Dimes Sportsbook) for the Fiesta Bowl just outside of Phoenix.

The underlying problem for UCF (9-3 ATS) is that this team probably isn’t as good as last year’s group. The Knights still surpassed expectations under Josh Heupel, but they’ll be without quarterback McKenzie Milton and the defense has been subpar most of the season. Close wins against Memphis and Temple show that, but otherwise they didn’t face much resistance with an easy Schedule in which they avoided two of the better teams in the AAC’s West division.

It’s hard to see LSU (6-6 ATS) head coach Ed Orgeron not having his team motivated to knock off an undefeated team. The Tigers still ranked No. 11 despite having three losses, mostly because of the dominant win against Georgia and other wins over Auburn and Miss. State. Their defense was too much for a lot of teams on the Schedule, but then faltered at times against the likes of Florida, Texas A&M and of course Alabama.

The LSU defense that gave up 20.9 points per Game will be the main talking point even with a couple guys on the back end not playing. It allowed 3.8 yards per carry and 139 rushing yards per Game, which may be the most relevant stats for this matchup. UCF already played a top run defense in Cincinnati and won that Game by 25 points. They ran for just 3.7 yards per carry, but Milton also averaged more than 10 yards per pass.

Backup quarterback (and now starter) Darriel MACk kept the winning going in the AAC title Game, but it’s hard to compare his arm to Milton, especially since he’s a freshman and he only played a poor Memphis defense. His biggest trait has been mobility with 58 carries for 340 yards and six touchdowns in limited appearances. Combine that with Greg McCrae (1,101 yards, 9 TDs) and Adrian Killins (698 yards) and this offense has ran over every mediocre team that it’s played. The question is if MACk can provide in the passing Game to top wide outs Gabriel Davis and Dredrick Snelson. In limited action he completed 1.7 yards less per attempt than Milton and while he could make a few plays, it’s hard to see him consistently carving up the LSU defense.

The other problem for UCF is that its rush defense has been bad, allowing 4.8 yards per carry and a terrible 227 rushing yards per Game. That’s the only thing the LSU offense wants to do between running backs Nick Brossette (922 yards, 14 TDs) and Clyde Edwards-Helaire (626 yards, 7 TDs), but also quarterback Joe Burrow who ran for 375 yards. Burrow was fine under center, but he didn’t provide what LSU needed offensively and that’s what led to losses to both Florida and A&M. Fortunately for the Tigers, they may be able to run the ball the entire Game and still cover. It’s hard to look at LSU’s win over Georgia and think it won’t be able to do the same in this Game. LSU’s lines dominated that matchup, rushing for 275 yards, while it kept Georgia’s offense under Four yards per carry. Without Milton in UCF’s offense, that could be how this Game goes. UCF was in this spot last year against Auburn as a 10.5-point underdog and rode Milton to the win, but its rush defense also stepped up, which doesn’t look likely for this year’s team.