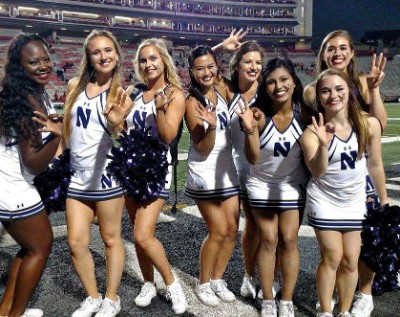 Ohio State’s onslaught on the rest of the Big Ten continues with a Friday trip to Northwestern. The Buckeyes opened as -27.5 point road favorites after winning last year’s meeting in the Big Ten Championship 45-24.

In addition to the Bucks winning by 21 points last year when OSU was arguably as good and NW was arguably worse, the common opponents also heavily favors them.

Ohio State has beaten Nebraska and Michigan State by a combined 82-17 score line, while Northwestern has lost to both by a combined 44-20.

Northwestern is playing at home under the lights and OSU could possibly look ahead to Wisconsin the following week, but nothing else points to the home team in this matchup.

The Buckeyes are simply doing what they want against every defense as Justin Fields is completing 69.5% of his passes for 9.2 yards per attempt, 18 touchdowns and just one interception.

He’s also ran for 283 yards and eight touchdowns, which is a nice bonus to complement running backs J.K. Dobbins and Master Teague III, who are both averaging at least 6.3 yards per carry. Fields has used a variety of receivers between K.J. Hill, Binjimen Victor and Chris Olave and that’s partly why this offense has been so hard to stop.

Northwestern’s defense has put in some nice performances, yet it also gave up 31 points to MSU last home game. And while it held Wisconsin to 24 points, that’s a tough bet to think it will do the same against Fields and company.

The other problem is that Ohio State’s defense has also been one of the best in the country, allowing less than 10 points per game. They’ve held all three Big Ten opponents to 10 points or less and Northwestern’s offense isn’t defined as good after reaching 10 points against Nebraska last game.

The difference between this matchup and last year’s title game was that NW had Clayton Thorson leading the way. This year, it’s been a mix of incompetence between quarterbacks Hunter Johnson and Aidan Smith.

While Johnson could return from injury, he’s completing just 4.1 yards per attempt for one touchdown and four interceptions on 89 passes. Equally troubling is that the ground game is averaging just 3.5 yards per carry as a team, though running back Drake Anderson is at 4.9 ypc.

If the Buckeyes reach 40 points, it’s hard to see the Wildcats scoring more than 10 points. They put up 15 points against Wisconsin, but that’s probably the max for this unit against elite defenses.