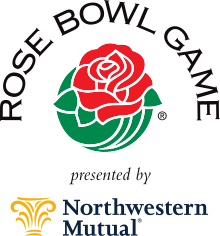 It’s not easy figuring out the teams playing in the Rose Bowl and while both wanted bigger things, there’s little reason to complain about playing in Pasadena. The Buckeyes, with the more potent offense, are -7 point favorites with an over/under of 57.5 at 5Dimes Sportsbook.

Ohio State (6-7 ATS) was a hard team to figure out this season mainly because it wasn’t living up to expectations early on, barely getting past Penn State and getting blown out at Purdue. And then suddenly, the Buckeyes turned it on and covered in their final two Games against Michigan and Northwestern. It wasn’t much better for Washington (4-9 ATS) even though it won the Pac-12. The Huskies barely got past UCLA and then went on to lose their next two road Games at Oregon and Cal. They managed to win their last Four Games, but got the benefit of a snowstorm in the Apple Cup, while facing Utah’s backup quarterback and running back in the Conference title Game.

The outlier in this Game has to be Ohio State’s offense because Washington hasn’t played one like it this season. The most dynamic offense it faced in the Pac-12 may have been Oregon, while it’s hard to put much into the Washington State Game due to weather. Still, the Huskies were dominant defensively, allowing just 15.5 points per Game, 3.5 yards per carry and 5.7 yards per pass.

The OSU offense may have been inconsistent at times, but in must-win situations, it came through, pOuring points on both Michigan and NW, two legit defenses. That’s the main reason the Bucks are getting most of the money behind quarterback Dwayne Haskins and his huge season throwing for 47 touchdowns and eight interceptions on 9.2 yards per attempt. The amount of receiving talent he has is something Washington hasn’t faced this season with Parris Campbell (992 yards, 11 TDs) and K.J. Hill (831 yards) the standouts, but Terry McLAurin (11 TDs) and Johnnie Dixon (642 yards) aren’t far behind. The problem with the offense has been an inconsistent ground Game between J.K. Dobbins (1,029 yards) and Mike Weber (858 yards), yet those two still had solid seasons. This will be a test for the offense, but UW has a lot on its plate.

If OSU can score, that’s trouble for Washington because its offense rarely moved the ball against decent defenses. The Buckeyes weren’t a good defense, allowing 4.6 yards per carry and 25.7 points per Game, but they’re still a talented group. The Huskies have disappointed all season behind senior quarterback Jake Browning who had just 16 touchdowns and 10 interceptions, equal numbers to his freshman year. Some of that has to do with a lack of high-end talent at receiver behind Aaron Fuller (794 yards), but either way, this offense wants to run the ball. Senior running back Myles Gaskin also had some of the worst numbers of his collegiate career, managing 1,147 yards and 10 touchdowns, but only on 4.9 yards per carry.

Given OSU’s questionable run defense, there’s a chance Washington can churn out yards through Gaskin and keep this Game close the entire way with help from its defense. No matter the matchup, Gaskin picked up yards because he was forced into action and there’s no reason this can’t stay close the entire way, especially since UW has kept things close in every Game.