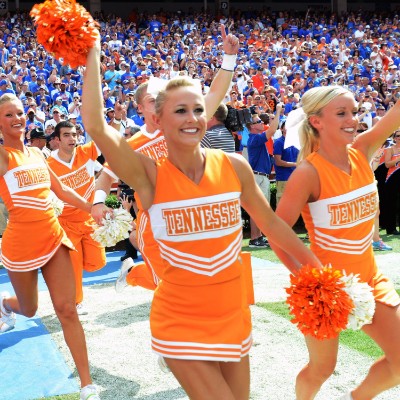 The Tennessee Volunteers (2-5) host the South Carolina Gamecocks (3-4) at Neyland Stadium in Knoxville, TN on Saturday at 4 p.m. ET. The game will be broadcast on the SEC Network. The visitors are four point favorites and are taking 68% of the betting action. The total opened at 48 and has moved both directions at sportsbooks around the internet.

South Carolina lost 38-27 to Florida, but the game was closer than the score indicates. Both teams battled it out in Florida’s “Swamp” and the home team was trailing 20-17 with as little as 10 minutes left in the fourth quarter before a late flurry of scoring helped them secure the victory.

Although they certainly wanted to win, Will Muschamp’s South Carolina team did enough to make us think their shocking upset of Georgia the week prior was as much about merit as it was luck.

Tennessee trailed 20-10 at halftime against Alabama and ultimately lost 35-13. The coaching staff had to go into the game knowing a loss was almost certain while hoping they could just keep from getting blown out.

All things considered, they played well whilst covering a 34 ½ point spread. The week prior they handily defeated Mississippi State 20-10 while showing signs of life for the first time this year.

The key matchup is Tennessee’s defense versus the rushing offense of South Carolina. The Gamecocks are averaging 196.9 yards per game on the ground which is good for 36th best in the country. They face a Volunteers unit that is giving up 27 PPG and played well versus Mississippi State for an entire game and the first half of their Alabama loss.

Injuries will factor into outcome

The Volunteers are in bad shape at the QB position. Jarrett Guarantano was the starter at the beginning of the season, but was benched in favor of freshman Brian Maurer. The problem with that? Maurer is playing well, but hasn’t finished any of the games he’s started yet because of injuries.

Last week, Maurer left the game due to a concussion and mums the word on whether he will be back this week or not. Guarantano is no sure thing to get his job back in his absence as he just hasn’t shown he has what it takes to succeed at the college football level. Regardless, this is an offense in bad shape and searching for an identity.

Chances are, the Volunteers are not going bowling this year. South Carolina, however, still holds hope. They must win three of their next five games. They play Vanderbilt next week and then undefeated Appalachian State, Texas A&M and Clemson.

They can count on bagging Vanderbilt next week, but Tennessee is not a sure thing. While the offense has been bad for the Volunteers, the defense is getting the job done. South Carolina needs to get in front early and stay there or even draw away, which they are capable of doing.