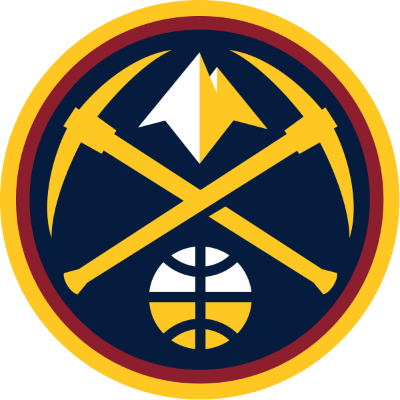 The Nuggets have won two in a row and four of their last five games while the Pistons are in the midst of a five-game losing streak.

Denver is in the second spot in the Western Conference three games back of the L.A. Lakers. While the Pistons are well under .500 in the East they are still only five games out of the eighth and final playoff spot.

The Nuggets are led by their defense, which ranks fifth in the league in opponents’ points per game. Their offense is not a high scoring on the season but in their last game they lit up in a solid 127-115 road win over a Milwaukee Bucks team that has the best record in the NBA.

The Pistons have struggled on both ends of the floor this season and their offense was the part that did not play well in their last game in a 105-92 home loss to the Toronto Raptors.

This is the first game between these teams this season and the Pistons have covered the spread in five of their last six games facing the Nuggets.

The Nuggets really had a great win in their last game facing the Bucks in Milwaukee. The win snapped the Bucks nine-game win streak and it was only their third home loss of the season. Denver got the road win even though starters Paul Millsap and Jamal Murray did not play.

In the Milwaukee win, the Nuggets blew it open in the third quarter outscoring the Bucks by 16 points and for the game, they shot 48% from the floor and 47.8% from 3-pt land. every Denver starter went for double figures led by Will Barton with 24 points.

Nikola Jokic was recently named to the All-Star team and he leads the Nuggets in scoring (19.9 ppg) and rebounding (10 rpg). After totaling 53 points in two games he only had 15 points in the win over the Bucks but did have 10 rebounds.

The Nuggets have six players averaging in double figures and Barton (15 ppg) is one of them. He has stepped up as of late totaling 42 points in his last two games. Murray (17.6 ppg) will likely miss this game with an ankle injury and Millsap (11.9 ppg) is likely out with a knee injury that has cost him to miss 13 straight games.

Wrong End of a Streak

In their loss to the Raptors in their last game the Pistons lost their fifth in a row while Toronto won their 10thin a row. Detroit only shot 35.4% from the floor while they allowed the Raptors to shoot 51.8%. Andre Drummond had a huge game with 20 points and 20 rebounds and Derrick Rose had 21 points but only shot 40% from the field.

With the Pistons reeling and the playoffs likely not happening several Detroit players are on the trading block.

Rose (18.9 ppg) is one of the players rumored to be traded and he leads Detroit in scoring and has gone for at least 21 points in nine straight games. Drummond may be on the move as well, but it would take a big package to get him. He is one of the better big men in the NBA and averaging 17.2 ppg and leads the league averaging 15.7 rpg.

The Pistons are reeling, and the Nuggets are flying, especially after their huge road win against the Bucks in their last game. I do not see Denver having a letdown in this game after their last one and they will kill it on D and win and cover sending Detroit to their sixth loss in a row.