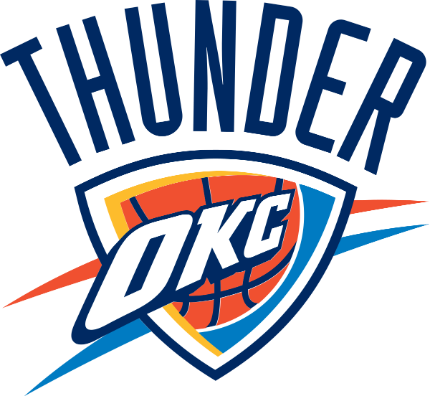 In the first game after the All-Star break for both teams, the Nuggets travel to the Nation’s Heartland to face the surprising Oklahoma City Thunder.

The Nuggets had won four in a row before their last game before the break losing at home to the L.A. Lakers 120-116 in OT. They are in second place in the Western Conference four games back of the Lakers and with a slight one-game lead over the L.A. Clippers.

The Thunder have been a surprise this season, as they are in the playoff race when most thought they would finish at the bottom of the West. They sit tied with the Dallas Mavericks in the sixth spot in the Western Conference and they won their last game before the break while losing their previous two games.

In the lone matchup between these teams in the first half, which was in Denver, the Nuggets beat the Thunder 110-102.

In their last game before the break, the Nuggets lost to the Lakers 120-116 in OT where they allowed Anthony Davis to go for 33 points and allowed LeBron James to go for a triple-double. The Nuggets and Lakers shot a similar FG% and while Denver shot a better 3-pt FG% and free throw % they gave up 10 offensive boards and only had three.

Jamal Murry scored a team-high 32 points in the loss to the Lakers and All-Star Nikola Jokic had 22 points.

Jokic (20.6 ppg 10.2 rpg) leads the Nuggets in scoring and rebounding and he went for 28 points and 14 rebounds in the matchup this season against the Thunder. Murray is averaging 18.9 ppg on the season and is averaging 31.3 ppg in his last four games.

The Thunder were on the road in their last game before the break where their offense stepped up in a 123-118 win over the New Orleans Pelicans. OKC shot a slightly better FG% (50% to 48.8%) and shot the 3-pointer better and it helped that they forced 17 turnovers.

Danilo Gallinari led four starters that went for double figures in the win over the Pelicans with 29 points and Chris Paul had a double-double with 14 points and 12 assists.

Chris Paul (17.4 ppg 6.7 assists per game) has shown he still has a lot left in the tank and the All-Star had averaged 25 ppg in three games before going for 14 in his last game.

The Nuggets had covered the spread in four games in a row before failing to do so in their last game before the All-Star break. The Thunder have covered in two of their last three games.

Both teams are rested for this game where each one is important from now on for playoff positioning. This game will be a close one and while the Thunder may get the win at home the Nuggets will put up a fight and, at least, cover the spread.