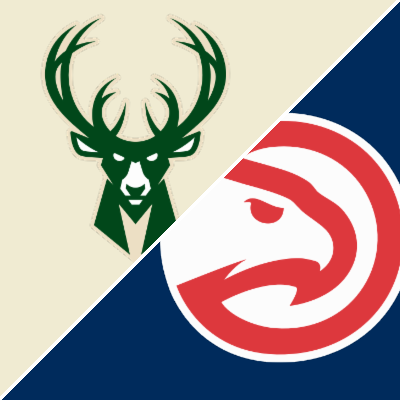 Both of these teams pulled off upsets on the road in their respective Game 7’s of their last series’ and they now face off in the Eastern Conference finals. This game can be seen on TNT.

Oddmakers have the Bucks as a pretty big 7-point home favorite with the total sitting at 226.5.

Milwaukee beat the Hawks in two of three games in the regular season including the lone game in Milwaukee.

The Hawks have covered the spread in 12 of their last 15 games against the Bucks in Milwaukee.

The Hawks have reached the conference semis because of solid play from young star Trae Young and a balanced team. Young has averaged 29.1 ppg in the playoffs and while he hit some big shots in the 103-96 win over the 76ers in their last game he scored 21 points on 21.7% shooting and had six turnovers.

In the post-season the Hawks have seven players that are averaging in double figures.

Clint Capella has averaged 10.3 ppg and 11.6 rpg and he and the guys in the paint have a tall task trying to contain Giannis Antetokounmpo.

The Hawks are 5-2 on the road in the playoffs.

Now is the Time for the Greek Freek

There is a lot of pressure on Antetokounmpo in this series, as he has two MVP’s on his resume’ but has never made it to the finals. He has averaged 28.8 ppg and 13.6 rpog in the playoffs and in his last three games has been a monster averaging 34.7 ppg and 14 rpg on 62% shooting.

Kris Middleton has averaged 23.3 ppg and 8 rpg in the post-season and while he has played well in two of his last three games failed to shoot over 36.4% from the floor.

The Bucks have four players in the playoffs averaging at least 13 ppg. Jrue Holiday (15.2 ppg post-season) is a good defender and he has the task of trying to contain Young.

Milwaukee has covered the spread in five of their last seven games following a win.

The Bucks are a perfect 5-0 at home in the playoffs.

Most of the pressure in this series is on the Bucks, as the Hawks were not supposed to advance this far. However, I think the Greek Freak will step up and have a big game. The Milwaukee backcourt will play good defense on Young and the Atlanta backcourt scorers. I see the Bucks being on a mission and that mission will begin with a win in Game 1 where they will cover the spread even giving seven points.