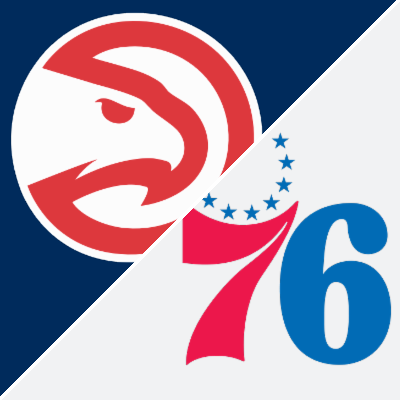 The Hawks scored an upset in the first round of this playoff series with a win over the top-seed in the Eastern Conference in the 76ers. This Game 2 in the City of Brotherly Love can be seen on TNT.

The Hawks have won four straight games and only have one playoff loss. In their last game Trae Young came up big going for 35 points in the 128-124 win. Atlanta won the last game behind a strong offensive performance while they won their previous three games with a solid defense that only gave up an average of 93 ppg.

The 76ers have lost two of their last three games and with the last loss gave up home court advantage in this series. While their D was solid in the regular season ranking seventh giving up an average of 109.4 ppg they have given up at least 122 points in the two losses in their last three games.

Atlanta covered the spread in Game 1 as a 4.5-point underdog but they are still only 2-5 ATS in their last seven games facing the 76ers in Philly.

Young is averaging 29.2 ppg in the post-season and has totaled 71 points in his last two games. Collins has been up and down in terms of scoring but has scored at least 21 points in two of his last three games and in his last four games has shot at least 54.6% from the floor.

While Bogdanovic had 21 points in the Game 1 win he did not have the best shooting game (41.2%) and in his last three games is shooting just 38% from the field.

The Hawks have covered the spread in their last four games.

In Game 2 the 76ers have to avoid getting in an early hole, as while they played better in the second half outscoring the Hawks by 16 points it was not enough.

Embiid played big in Game 1 even though he has a knee injury and missed the previous game.

The Hawks came out en fuego in Game 1 with a 20-point halftime lead and it hurt the 76ers, big time, that they missed 11 free throws. Young went off for 35 points and while he was primarily guarded by Danny Green I think possible Defensive Player of the Year Simmons will match up with him in this game. Philly will not get into a big hole again and they will play better defense, which is why they will win and cover the spread to even this series, which heads to Atlanta.