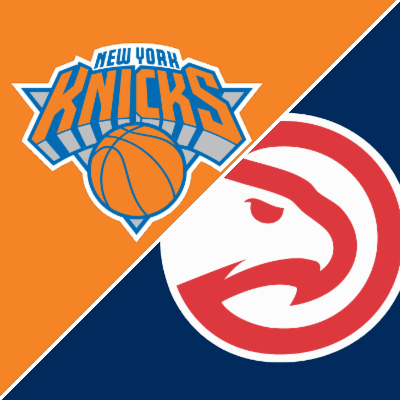 The Knicks beat the Hawks in Game 2 to even this series, which shifts to Atlanta. This Eastern Conference playoff game can be seen on ESPN.

The Hawks are a 4.5-point home favorite in this game with the total sitting at 211.

The Knicks tied this series at a game apiece with a 101-92 win over the Hawks in the last game where their defense came through. While the team is on the road in this game and the betting underdog they have covered the spread in 13 of their last 16 road games.

Atlanta scored 107 points in the Game 1 win but only 92 in the last game. They were cold shooting the rock and they fell apart in the second half. While New York has been a solid road betting team Atlanta is 23-9 ATS in their last 32 home games. However, they are only 7-18-1 ATS in their last 26 home games facing the Knicks.

In the regular season the Knicks beat the Hawks in all three meetings including a five-point win against them in Atlanta early in the season in the lone game there.

Defense Does the Trick

Derrick Rose came up big in the game going for a team-high 26 points on 9/21 shooting. he averaged 14.9 ppg on the season and has totaled 43 points in the two games in this series.

Julius Randle (24.1 ppg) and R.J. Barrett (17.6 ppg) are the top two scorers for New York and even in the win in the last game they only combined for 28 points on 10/30 shooting. Randle recently won the Most Improved Player award and while he has 12 boards in each of the first two games he only has scored 15 points in each and has failed to shoot over 31.3% in the two games.

Reggie Bullock (10.9 ppg) scored 15 points in Game 2 on solid shooting after going for six points in Game 1 shooting a less than stellar FG% of 33.3%. He will have to score well again if the big guns of Randle and Barrett do not get it done in the scoring department.

In the Game 2 loss Atlanta star Trae Young (25.3 ppg) went for 30 points on 55.5% shooting while the four other starters combined for 40 points on 13/38 shooting. Young has gone for at least 30 points in each of the two games in this series.

It is pretty easy for the Hawks, as they simply have to shoot the rock better and Game 2 showed Young cannot do it all.

The Knicks won Game 2 with great defense even though they did not shoot well and their top two scorers on the season were less than impressive. New York had the top-ranked defense this season holding teams to an average of 105 ppg and I see them playing great D for the second straight game. Unlike the last game Randle and Barrett will get back on track and that coupled with the solid defense the team will play take the Knicks and the points in this playoff encounter.