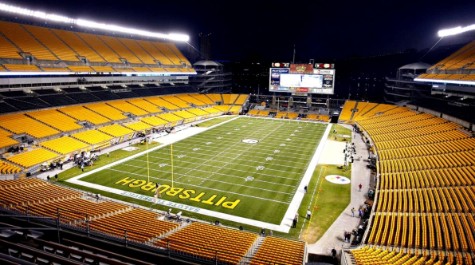 The Buffalo Bills head to Pittsburgh to take on the Steelers in a big game that has implications for the AFC playoff race. The Steelers are a 2-point favorite with a total sitting at 36.

The public has really backed the Bills in this game, as they opened as a 7.5-point favorite and as of Thursday they are only a 2-point favorite.

The Bills had their three-game win streak snapped with a 24-17 loss to the Baltimore Ravens in their last game. They are one game back of the New England Patriots, who they face next week, in the AFC East but have the 5th spot in the AFC for the Wild Card with a one-game lead over the Steelers.

The Steelers have won three in a row and while they are still playing with 3rd striker Devlin “Duck” Hodges they are the betting favorite facing the Bills. Hodges has not lit up the scoreboard in his starts, but the Pittsburgh defense has only given up an average of 13.3 ppg in their last three games.

The Bills are led by their defense and a run game that ranks 5th in the league in rushing yards per game.

On the season the Steelers are 5-2 at home and the Bills are 5-1 on the road. The only road loss for Buffalo this season was early against the New England Patriots.

The Steelers have covered the spread in five of their last six games facing the Bills.

Can the Offense Come Through?

In their 24-17 loss to the Ravens, they kept Baltimore and the top-scoring team in the NFL in check, but they only had 209 total yards. In this game, they face a team that had issues on offense in the Steelers but face another solid defensive team.

In their loss to the Ravens Josh Allen only passed for 145 yards but had a TD and was not picked off. He is a mobile QB that had totaled nearly 100 rushing yards in two games before only rushing for nine yards against the Ravens.

Allen has been sacked 10 times in his last two games and his O-line has to protect him but what is more important is opening up holes for the running game.

Devin Singletary rushed for 89 yards averaging 5.2 yards per carry in the loss to the Ravens and he has played well in the last few games.

The Steelers rank in the top 10 in the league in both pass and run defense (5th against the pass 9th against the run) and in their last game, they only gave up 236 total yards and stuffed the run giving up 71 rushing yards.

Defense Gets it Done, Again

The Steelers are down to their 3rd straight QB but they have kept on winning because of their defense. Their D was solid in their last game against the Cardinals while they did not have a great game on the offensive side of the ball

Hodges passed for 152 yards with a TD and no INT against the Cardinals and in starting the last three games he has not surpassed 212 yards but had three TD and only one INT.

The Steelers rushed for 140 yards in the win over the Cardinals with Kerrith Whyte and Barry Snell Jr. each rushing for 41 yards. The team’s leading rusher for the season in James Conner has missed the last three games with an injury but is active for this game.

This is a huge game for both teams and while the Steelers are at home the Bills have more talent. Mike Tomlin has done a killer job with all of the injuries for the Steelers but in this game, the talent will come through. Buffalo will not only cover the spread but also get the win.