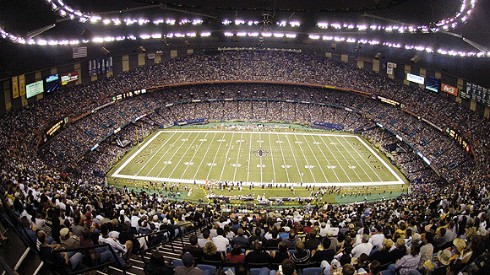 The Colts have dropped three in a row and they are big 9-point underdogs on the road facing a Saints team that is coming off a costly loss. The total for this non-conference Monday night matchup sits at 46.5.

The public has backed the home team in the Saints in this game, as they opened as an 8-point favorite and as of Thursday they are a 9-point favorite.

The Colts are at 6-7 and they have to win the rest of their games and likely get help to make the post-season. Their defense has given up 31 and 38 points, respectively, in their last two games and their secondary was lit up in their last game. Not good facing Drew Brees in his house.

The Saints lost a 48-46 shootout to the San Francisco 49ers in their last game, which cost them the top-seed in the NFC. Now the 49wers and the Green Bay Packers are the top two seeds in the NFC.

New Orleans had their three-game win streak snapped in their loss to the 49ers and if they cannot catch the 49ers or Packers they will host a Wild Card game and not get a bye.

In their last game, the Colts lost to the Tampa Bay Buccaneers 38-35 where their pass defense was torched to the tune of 467 yards. They forced four turnovers and only had one but still lost and were outgained by over 200 yards (542 yards 309 yards).

In the loss to Tampa Bay Indy QB Jacoby Brissett had 251 passing yards with two TD and was not picked off but he had to do it all. Marlon Mack led the Colts in the game with only 38 yards averaging a weak 2.9 yards per carry.

Mack had averaged 87 yards in four games before struggling in his last game facing the league’s top-ranked run defense for Tampa Bay.

While the Saints have the NFL’s 5th ranked run defense they allowed the 49ers to rush for 162 yards. New Orleans only ranks 20th in the league in pass defense but the big question is can Brissett keep up with New Orleans’ QB Drew Brees?

In the 48-46 loss to the 49ers, Brees did his part in a huge game passing for five TD and no INT with 349 yards. He was at the helm of the great offensive attack, but the New Orleans’ defense failed to show up giving up a whopping 516 yards.

Latavius Murray led the Saints rushing for 69 yards in the loss to the 49ers while Alvin Kamara only rushed for 25 yards on 13 carries. Kamara had averaged 63.3 rushing yards per game in the three-game before the loss to San Francisco.

The Indianapolis defense has played the run well this season but the same cannot be said about the pass. The pass D only ranks 22nd in the league and in their three-game losing streak they are giving up an average of 357.7 passing yards per game. If their pass D struggles again this Monday night primetime game may get ugly quickly.

The Colts have covered the spread in 12 of their last 17 games as a road underdog.

Not that tough of a call in this one, as the Colts secondary had been torched in their last three games and they will get torched again facing Brees. He will have another big game and the New Orleans’ defense will play much better than in the last game against the 49ers. The Saints will lay a beat-down on the Colts on Monday night in their house easily winning and covering the spread even giving nine points.