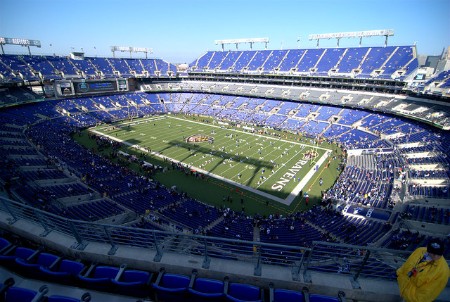 The Browns have had issues on offense on the season only averaging 16.3 ppg and while their defense has not been bad Baker Mayfield has not lived up the hype that many heaped on him after last season.

The Ravens had a tough 33-28 road loss in their last game on the road against a tough Kansas City Chiefs. However, while it is early in the season, they can take control of the AFC North with a win since they are the only team in the division with a winning record.

Last season these teams played two close games with each winning at home. The Ravens have covered the spread in five of their last seven games against the Browns.

Great Defense, for a Half

In their last game the Browns were at home and lost to the L.A. Rams 20-13 where they held the Rams to only three points in the first half but gave up 17 in the 2nd half including giving up 10 in the 4th quarter.

Cleveland head coach Freddie Kitchens took a lot of heat after the L.A. game calling a draw play on 4th and nine with them needing to score to tie or win the game.

Baker Mayfield passed for 195 yards with a TD and an INT in the loss to the Rams and Jarvis Landry and Odell Beckham Jr. combined for 118 receiving yards. Nick Chubb rushed for 96 yards averaging 4.2 yards per carry but for the season the offense has not clicked.

Mayfield only has three TD on the season and while Beckham Jr. has 288 receiving yards 161 of them came in a win over the 0-3 New York Jets.

Cleveland has not put it together so far and that is a big concern. That is especially the case facing the Ravens and their next three games facing the 49ers, Patriots, and Seahawks, who currently have one loss between them.

At least Cleveland will be facing a Baltimore defense that was torched last week to the tune of giving up 503 total yards.

The Ravens did lose their last game, but they covered the spread and gave a great Chiefs team a tough game.

The Ravens did give up over 500 total yards, but they gained 452 yards and rushed for over 200 yards. Lamar Jackson was 22/43 for 267 yards with no TD and no INT and he spread the wealth around. He needs to help the team get off to a better start than in the KC game where they were outscored 23-6 in the first half.

Mark Ingram rushed for 103 yards in the loss to the Chiefs and Gus Edwards and Jackson combined for 99 rushing yards.

The Ravens will be facing a Browns run defense that held the Rams in check last week giving up 90 rushing yards and they held Todd Gurley to 43 yards on only 3.1 yards per carry.

While the Browns have covered the spread in four of their last five road games the Ravens have failed to cover in their last four home games.

I still think the Browns have a solid team and they will put it together soon. They will make progress in this game with Mayfield and company getting it done on offense. However, with the defensive issues Baltimore will still win. However, the game will be close and getting seven points take the Browns to cover the spread.