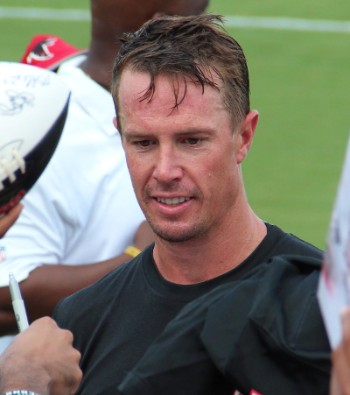 The Titans have lost two in a row after losing their season opener and head to Atlanta where they are a 4-point road underdog with a total of 45.5.

The Falcons are also sitting at 1-2 and they have played a tough early season schedule with the last two teams they faced making the playoffs last season. Matt Ryan has played well, but the defense has had some issues and the Falcons only rank 27th in the league in rushing yards per game.

In their last game the Titans lost to the Jacksonville Jaguars 20-7 where QB Marcus Mariota was sacked nine time.  Tennessee had more overall yards, passing yards, and rushing yards in the game but still lose with the nine sacks being driver killers and they committed the game’s only turnover.

Mariota passed for 304 yards in the game with no TD and no picks and Adam Humphries led the team with 93 receiving yards. Derrick Henry led the Titans with 44 rushing yards but only averaged 2.6 yards per carry.

Henry had rushed for at least 82 yards in each of his first two games this season before the loss to Jax. Tennessee has to establish the run, but they also have to keep Mariota off his butt.

Mariota has over 700 passing yards with four TD and no INT but his QBR only ranks 24th in the league. He has to avoid the sack in this game and will face an Atlanta defense that played the run pretty well in their loss to the Colts last week but gave up 300 passing yards.

Can’t Come Back after Slow Start

The Falcons dropped to 1-2 on the season in their last game with a 27-24 loss to the Indianapolis Colts, where they were outscored 20-3 in the first half.

Atlanta had more yards in the loss to the Colts and were 8/10 on 3rd downs but they hurt themselves with a shopping 16 penalties for 128 yards.

Ryan passed for 304 yards with three TD and one INT after a slow start and Julio Jones had 128 rushing yards.

‘If there is one silver lining in the game is that Devonta Freeman rushed for 88 yards after rushing for only 41 yards in his first two games of the season. We all know that the Falcons are a pass first team, but they need a run game to help out Ryan and they have to cut down on the penalties.

Even at 1-2 I have faith in the Falcons to turn things around and they will start with that turnaround in this game. Ryan will play well, and the Falcons’ defense will also play well. Take Atlanta in this game to win and cover the spread at home in this non-conference affair.