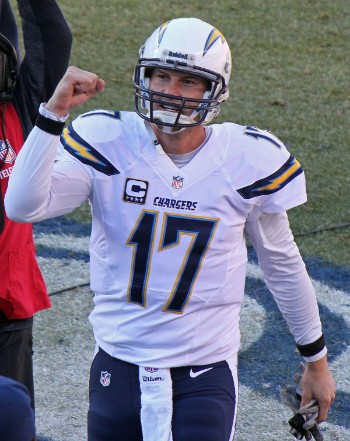 This week’s edition of Monday Night Football comes to us from Estadio Azteca in Mexico City, Mexico.

The Chiefs opened as 4-½ point favorites, but the line has dropped to 3-½ points. The total opened at 53, but is trending downward and currently sits at 52.

Last week, the Chiefs lost 35-32 to the Titans and Chargers were defeated 26-24 by the Raiders.

At the beginning of the year Head Coach Andy Reid’s Chiefs were regarded as one of the teams to beat. After all, why wouldn’t they be? QB Patrick Mahommes was coming off an MVP season.

The defense was playing well. They seemed to be on the cusp of playing in and perhaps even winning the Super Bowl.

However, in recent weeks alarm bells have been going off. The offense is out of the woods in terms of Mahomes being recovered and ready to play, but the defense has looked quite porous.

No matter how well Mahomes plays, it will mean nothing if they can’t keep points off the board.

What do the four teams that have beaten the Chiefs all have in common? All of them had at least 100 rushing yards as a team.

Colts RB Marlon Mack ripped them for 132, Carlos Hyde got 113 for the Texans, Derrick Henry had a whopping 188 for the Titans and the Packers, by committee, racked up 118.

Melvin Gordon got a slow start to his 2019 campaign, but has since played very well. In his last game, he had 108 yards and a TD on 22 attempts.

The week before that he was good for 80 yards and 2 TDs on 20 carries.

Now, he’s facing one of the worst rushing defenses in the NFL. The 2015 first round draft pick just might have a field day.

Fans in San Diego have been frustrated with Gordon, but they will likely forget about all of that if he plays well on Monday. Gordon will end this game as either the hero or zero.

The season is over for the Chargers if they fail to win this game. It will leave them 4-6 and three games behind the Chiefs in the division.

There just isn’t any recovering from a situation like that with so few games left on the schedule. Expect them to throw the kitchen sink in an attempt to win this game.

Even with a win they face an uphill battle, but beating the division leader is a huge step in the right direction.

We have discussed how the Chargers figure to have strong point production against the Chiefs and everyone knows the Chiefs offense will get theirs.

Is that a recipe for lots of points and the over? Only time will tell, but it certainly looks that way. The over looks strong but the line value is gone.