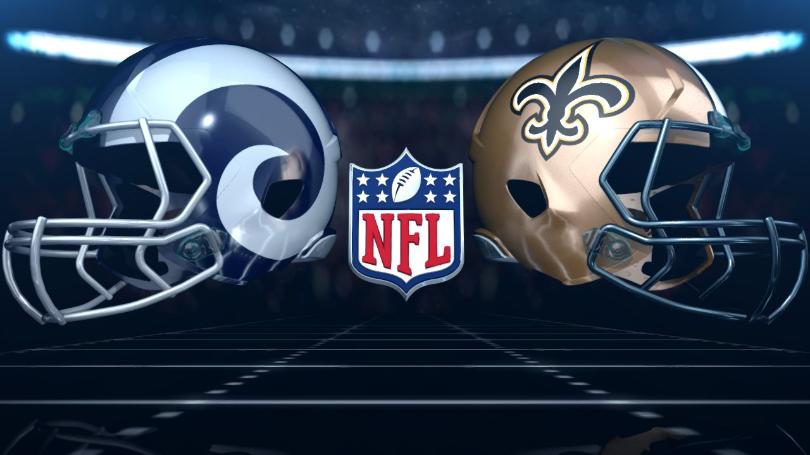 The Rams are the away underdogs in this NFC title Game and look to avenge a mid-season loss to the Saints. They won their last two Games of the season and changed the tune to their Game in taking out the Dallas Cowboys 30-22 in the playoffs. L.A. ran the ball ragged and with success facing the strength of the Cowboys’ defense, which is their run defense. They rushed for 273 yards while holding Ezekiel Elliot, who won the rushing title on the season, and Dallas to only 50 yards on the ground.

In the first matchup of these teams this season the Saints beat the Rams in New Orleans, which was L.A.’s first loss of the season. The teams were even in yards, but the Saints had the better ground Game. While Drew Brees and Jared Goff are two big-time QB’s the run Game will be key in this Game.

The Saints beat the Philadelphia Eagles 20-14 in their last Game where they came back from 14 points down in the first half. They played great D after giving up two early TD’s and Brees was solid, but New Orleans had a little LAdy LUck on their side. Very late in the Game the Eagles were marching down in Eagles’ territory and the usual sure-handed Alshon Jeffrey missed a catch going right to a Saints’ defender for an INT, which basically killed Philly’s hopes.

The New Orleans’ defense played well and while Brees and the offense put up the numbers they only had 20 points.

At 5Dimes sportsbook the Saints are a 3.5-point home favorite with a total of 57.

The home team has covered the spread in the last seven Games between these teams.

The Rams were at home in their win over the Cowboys last week where they outGAined them 459-308 yards and dominated the Game on the ground. After not ending the season well Todd Gurley rushed for 115 yards and a TD and C.J. Anderson, who was not even signed until late in the season rushed for 123 yards and two TD. Anderson has rushed for 422 yards in his last three Games. In the Dallas Game Jared Goff passed for only 168 yards with no TD and no picks.

Goff has the weapons on the outside and nearly passed for 400 yards in the loss to the Saints earlier this season. However, they are much better when they can run the ball, which they did not do in the loss to New Orleans in the regular season. New Orleans ranks 2nd in the league in run defense and only 29th in pass defense, but only GAve up 201 passing yards last week against the Eagles and had two INT.

The Saints outGAined the Eagles 420 yards to 250 yards and only GAve up 49 rushing yards, but the Game was still c.ose until the very end. Brees passed for 301 yards with two TD and one INT and star WR Michael Thomas was HUGE with 171 receiving yards and a TD. Alvin Kamara and Mark Ingram combined for 124 rushing yards and each averaged at least 4.4 yards per carry.

The Rams defense ranks 14th in the league against the pass and 23rd against the run. They stuffed the run facing the Cowboys last week and only GAve up 258 passing yards.

Under record of 5-1 in their last 6 road Games

25-7 ATS in their last 32 home Games vs. a team with a winning road record

Under record pf 6-2 in their last 8 Games

But the key here, is that adjustments were successfully made and now the Rams have even more film and even more adjustments to potentially make. Point being, we’d be very surprised if the Saints were to pull out in front 35-14 again. We expect this Game to be tight with both teams having some offensive success. If we’re right about how the Game plays out, then you absolutely have to give the Rams some serious consideration in this spot.

This has been an NFL season where offense has taken center stage. More so than any other NFL season I can recall, and I’ve seen most of them. There’s not a dominant overall defense among the final 4 teams, though each teams defense has had it’s moments.

But consider this. The Rams defense has performed better on the road than the Saints defense has at home. At home the Saints have given up an average of 24.3 points per Game. Now, that’s not very good. In fact, there were only 8 teams worse in the NFL. The Rams however, on the road, were 6th best in the NFL giving up on average 19.9 points per Game.

Full disclosure – we don’t “love” this Game. But the feeling here is that this is a last team has the ball wins type of a set up and that being the case, the +3.5 could just be a bonus. Rams +3.5