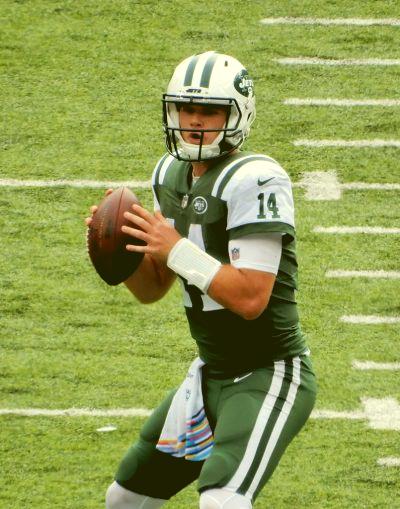 The New York Jets host the Buffalo Bills in week one of the 2019 NFL season as -3 point betting favorites with a total of 38.5. The early betting action has been fairly even as far as which team the public is favoring.

The Bills were 6-10 last year and 7-9 against the spread. After making the playoffs for the first time since 1999 the previous year, last year was a major disappointment.

The fact that a loss to these New York Jets in week 14 last year officially eliminated the Bills may add a little juice to this AFC East match up.

The Jets were 4-12 last season and lost money for bettors by going 5-11 against the spread. This is a franchise that has seen just one winning season (2015) in the last 8 years.

The Bills were weak on both sides of the ball in 2018.  Rome wasn’t built in a day and neither will the Bills. They focused their improvement efforts on protecting Josh Allen by bringing in and drafting multiple offensive linemen.

Unfortunately, little was done to improve the defense. This was a defense that ranked dead last in the NFL using yards per point to rank. Their ypp number was a dismal 12.6.

Jets Made Biggest Score of Offseason

The New York Jets have been busy in the off season as well. They have a new coaching staff led by Adam Gase and have been busy filling holes on both sides of the ball.

The off season move for the  Jets that got the most attention was the acquisition of all pro running back Le’Veon Bell.

According to thejetpress.com, who cover the Jets year round, this has been one of the most productive offseasons in many years.

If you have followed us for any length of time, you know one stat we love is yards per point. The Jets may have been in the bottom half of the NFL in many offensive stats, but they were 8th overall in offensive yards per point.

That tells us that at the very least, there was a pulse offensively. The addition of Le’Veon Bell should open things up even more.

Our Pick Against the Spread

This game is a prime example of a match up where we have to toss out last year. If there were no significant offseason moves, we could look at our score prediction model and get a good feel for the potential flow of this game.

Using data from last year from only the last 7 games of the season, our model comes up with a predicted score of Buffalo 26 Jets 22.

When handicapping the beginning of any season, it’s the handicappers job to evaluate offseason moves and determine their impact.

In doing so, as mentioned above, we think the Jets will be in better shape than the Bills in week 1. If they can overcome the obvious growing pains that come with a new coaching staff, we like our chances with the Jets laying a field goal or less.

In other week one NFL Action the Falcons visit the Vikings