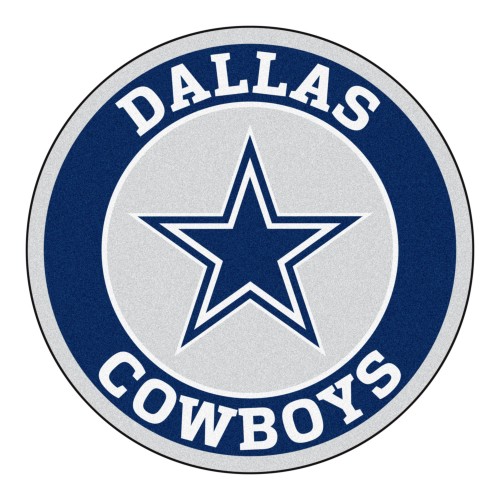 The Falcons’ defense was torched in losing their season opener and in Week 2 travel to the Big D to face a Cowboys’ team that also lost in Week 1. America’s Team is the 4.5-point favorite in this NFC matchup with a total at 52.5.

Man, public money has been on the Falcons, big time, in this game, as they opened as a 7.5-point dog and are now a 4.5 point dog as of Wednesday morning.

The Falcons came into the season with high hopes after a less than stellar 2019 campaign where they went 7-9. However, while Matt Ryan passed for a ton of yards in the opener the defense was lit up giving up more than 500 yards in the 38-25 loss to the Seattle Seahawks.

The Cowboys lost their opener on the road in La La Land against the Rams behind some questionable play-calling and an offense that was nearly a no-show in the second half.

Dallas had three starters go out with injuries in Week 1 in LB Leighton Vander Esch, RT Cam Erving, and TE Blake Jarwin. The key players are healthy and Dak Prescott and Ezekiel Elliot played well in Week 1 even in the loss.

The loser of this game will be in an 0-2 hole and that will be especially bad for the Cowboys, who have a Super Bowl or bust mentality this season.

The Falcons are the betting underdog in this game but have covered in their four games as a road dog.

Have to Be Better in the Clutch

In the 20-17 loss to the Rams in Week 1, the Cowboys failed to come through the clutch failing to score in the fourth quarter and they only gained 15 yards in their last 10 plays of the game.

Prescott passed for 266 yards with a TD and no INT, Amari Cooper had 81 yards, and Michael Gallup and rookie CeeDee Lamb combined for 109 receiving yards. Gallup made a long catch to set up a game-tying field goal late in the game but was called for pass interference.

Elliot rushed for 96 yards averaging a solid 4.4 yards per carry but he flamed out down the stretch and that cannot happen in this game.

Prescott and company will be facing a Falcons’ defense that gave up over 500 yards of total offense.

In their 38-25 loss to the Seahawks in their opener, the Falcons outgained the birds 506 yards to 383 yards, but the three turnovers killed them.

Matt Ryan had a pick in the game but did pass for 434 yards with two TD.

The Cowboys’ secondary, which has some issues, will have their hands full in this game trying to cover Julio Jones, Calvin Ridley, and Russell Gage, who all had nine catches, and all had at least 114 receiving yards in the loss to Seattle.

Todd Gurley rushed for 56 yards averaging four yards per carry in his Atlanta debut, but the Falcons only rushed for 72 yards total in the loss to the Seahawks. They need to hit the ground more in this game to take the pressure off Ryan and Gurley and company may have success facing a Dallas run D that gave up 153 yards in their opening loss to the Rams.

Being a Washington fan would love to take the Falcons in this game but I just can’t. Dallas is at home and has a more balanced team and I look for Prescott and Elliot to have big games. The pressure is on for Dallas and they will come through winning and covering even through behind Ryan the Falcons will keep it close.

Sportsbetting, of course, is all about the numbers. The very few who successfully beat sports, ALWAYS get the best of the number.

Pro’s have their own numbers ready and are ready to pounce when sportsbooks post their opening numbers every Sunday afternoon.

This week, the books posted the Cowboys as -7 point favs with their openers and sharp bettors quickly gobbled those 7’s up. They also took +6.5 and +6 and still more bettors took the Falcons, all the way down to where the number currently sits at +4.5.

The Cowboys get a lot of attention simply because they are the Cowboys. The way the public and the media talk up the Cowboys and Dak Prescott, you’d think Dallas was a perennial 13 win per year playoff team.

In reality, the Cowboys are a mediocre football team that has been to the playoffs just 3 times in 10 years. They have a new coach and staff and there’s bound to be growing pains.

They face an equally mediocre Falcons team that at least has all of the pieces in place and fields the much better QB for this game.

We agree 100% with the early bettors grabbing +7. At the current number, we can only make a small lean on the falcons as so much of the value is now gone. But even at +4.5 the Falcons look like a live dog.