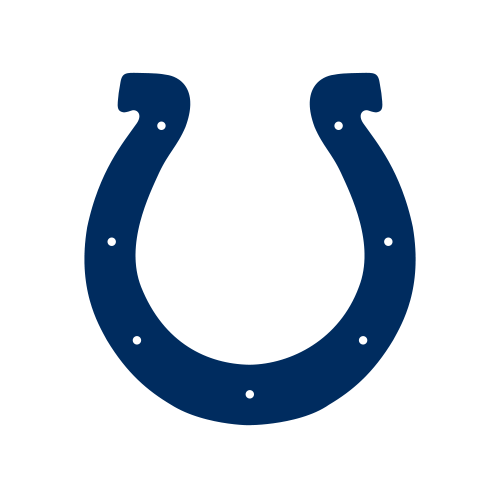 The Ravens are coming off a loss and they head to Indy this Sunday to face a Colts team that has the same record and has won two in a row. Baltimore is the 1-point road favorite in this AFC matchup with the total sitting at 45.

The public has slightly based the Colts in this game, as they opened as a 4-point underdog and are a 3-point dog as of Tuesday.

The Ravens had their three-game win streak snapped in their last game in a 28-24 loss to the Pittsburgh Steelers. Reigning MVP Lamar Jackson accounted for all four turnovers with two picks and two fumbles.

The Colts have combined to score 72 points in their last two games and their D has been legit but they have not beaten a great team. Four of their five wins have come against teams that are well under .500 and their lone win against a winning team came against the Chicago Bears, which does not say that much.

This game pits the Ravens and their top-ranked rushing offense facing a Colts team that has been more than stout against the run this season.

You can see turnovers hurt, big time, as in the Ravens last game they lost to the Steelers 28-24 outgaining them 457 yards to 221 yards but had four turnovers and only forced one.

Jackson passed for 208 yards with a couple of TD and rushed for 65 yards but could not hold onto the rock. The Ravens rushed for 265 yards against a tough Pittsburgh D with J.K Dobbins and Gus Edwards combining for 200 rushing yards.

Jackson and company will face an Indy run D that only gave up 29 rushing yards in their last game. The Colts have defended the run well, but have not faced a great rushing offense, which will change this Sunday.

Not much press has been given to the Colts but they are 5-2 and are coming off a 41-21 win over the Detroit Lions. In that game, Indy stuffed the run and scored 21 points in the fourth quarter.

Phillip Rivers has passed for six TD and only one INT in his last two games but still only ranks 18th in QBR. Star. WR T.Y. Hilton missed much of the last game with a groin injury and he is questionable for this game.

Indy only ranks 25th in the league in rushing yards per game. Marlon Mack is out for the season with an injury and while rookie Jonathan Taylor was pretty good for a few games he only rushed for 22 yards on 11 carries in the wn over Detroit.

Baltimore’s defense has played well on the season and their pass D is their strength. However, can the Colts run the ball on them and not have Rivers do it all? Tough question for Indy, who may prove they are a legit team with a home W.

I see Jackson bounding back in this game, big time, and having a big game. Indy is a good team but Rivers will not have much success and the Baltimore defense will get it done. Take the Ravens in this game to win and cover the spread.