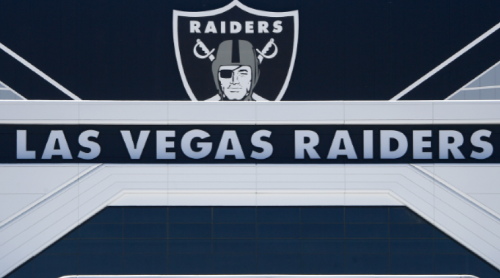 The Bucs are coming off a huge home win and travel to Sin City to take on a Raiders’ team that is coming off a bye. Tampa Bay is the 4.5-point betting favorite in this not conference matchup with a total of 52.

Tampa Bay’s defense was awesome in their last game containing Aaron Rodgers and beating the Green Bay Packers 38-10. Tom Brady leads an offense that ranks eighth in the league in ppg and the defense rank seventh in points allowed per game.

In their last game, the Raiders pulled off a big upset on the road beating the Kansas City Chiefs 40-32. While the defense for Vegas has had issues the offense has been solid ranking sixth in the league averaging 30.2 ppg.

Raiders starting RT Trent Brown was put on the reserve/COVID-19 list and this week during practice the team sent all of the starting offensive linemen home. That may be a factor in this game if the line cannot practice this week.

The Bucs are only 1-5-1 ATS in their last seven games facing teams with a winning record.

Both of Tampa Bay’s losses this season have been on the road.

D Gets it Done

In the Bucs last game they were down 10-0 to the Packers but shut them out the rest of the way and pressured Aaron Rodgers all game. They had a pick-6 on him and on the next possession nearly had another one. The Tampa D only gave up 201 yards in the game and sacked Rodgers four times.

Tom Brady had a solid game in the win over Green Bay passing for 166 yards with two TD and no INT and was not sacked. He has played pretty well this season and while he has 11 TD and only one INT in his last four games he still only ranks 19th in the league in QBR.

Ronald Jones II was big in the last game rushing for 113 yards, which was the third straight game he has rushed for at least 100 yards.

Brady has all the weapons and he will be facing a Las Vegas pass rush that only has seven sacks through five games.

The Raiders had lost two in a row before beating the Chiefs in their house in their last game. The team should be rested this week coming off a bye.

The Raiders racked up 490 yards in the win over KC and they held the Chiefs to only 80 rushing yards.

Derek Carr has had a resurgent season with 11 TD and only one INT and ranks 9th in QBR. He threw his first pick of the season in the Chiefs game, but also passed for 347 yards with three TD. He was only sacked once and facing Tampa will face a tough Tampa pass rush that has 22 sacks.

Josh Jacobs and Devontae Booker combined for 139 rushing yards in the win over KC. Jacobs has gone through some of a sophomore slump, as while he leads the Raiders with 377 rushing yards he is only averaging 3.6 yards per carry and has not averaged more than 3.3 yards per carry in his last two games.

Rookie Henry Ruggs III had a come-out game against the Chiefs with 118 receiving yards. Las Vegas has a balanced WR corps and TE Darren Waller leads the team with 295 receiving yards.

The Bucs defense has been solid on the season and their run D leads the league only giving up an average of 64.3 rushing yards per game.

I think this will be a good game, as the Raiders will step up in primetime. They will make it close but Brady and company have too much firepower and the D will make some big plays. Tampa will get the W and cover the spread moving to 5-2 on the season.

Bettorsworld’s Pick – We’re going to disagree with Jason here. We’ll take the Raiders +4.5. Neither team has much of a defense but both have been able to move the ball offensively.

The model suggests a shootout which makes the Raiders a live dog.