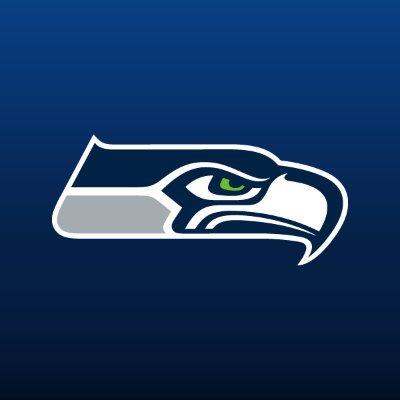 The Dallas Cowboys are lucky to be 1-1 and hit the road to the Great Northwest to take on a 2-0 Seahawks team that came up huge in the last play of their last game to stay unbeaten. Seattle is the 5-point betting favorite in this NFC affair with the total sitting at 55.5.

Man, Dallas was given a gift in their last game in their 40-39 win over the Falcons. They were down 20 points and recovered a must needed onside kick late in the game where Atlanta had several chances to jump on the ball but failed to do so.

The Seahawks beat the New England Patriots 35-30 in their last game where their D came up big on the goal line stuffing Cam Newton on the 1-yard line on the last play of the game.

The Seattle offense has been clicking behind the stellar play of Russell Wilson, but their defense has been less than impressive. The offense is what has to scare the Cowboys, who have a very banged-up defense early in the season.

These teams lest in 2018 in Seattle where the Seahawks beat the Cowboys 24-13.

Seattle is rolling but is in a killer division in the NFC West where the Cardinals and Rams are 2-0 and the defending NFC champion 49ers are 1-1.

The Seahawks have covered the spread in five of their last seven games facing America’s Team.

In their 40-39 win over the Falcons, the Cowboys outscored Seattle 30-10 in the second half. They racked up 570 yards and gave up 380 yards and had four fumbles losing three of them.

Dak Prescott has the third-most passing yards in the league and passed for 450 yards with a TD and no INT and also rushed for three TD in the Atlanta game. Rookie CeeDee Lamb and Amari Cooper each had at least 100 receiving yards in the game and Ezekiel Elliot rushed for 89 yards averaging four yards per carry.

Prescott and company will be facing a Seattle team that stuffed the run in their last game but gave up nearly 400 passing yards.

With the Dallas D banged up Prescott may have to have another huge game for the team to pull off the upset.

Wilson Getting it Done

Russell Wilson has been great through two games with nine TD and one pick and he was 21 for 28 for 288 yards and five TD and an INT in the win over New England. He has a pretty good WR corps and DK Metcalf led the team with 92 receiving yards.

Chris Carson got over his poor performance in Week 1 to rush for 72 yards in the last game.

The Seahawks have changed to a more pass-happy team so far this season and that does not bode well for Dallas.

Killer matchup in this game and the big question may be can the Dallas D contain Wilson? I would say no. The Cowboys had luck on their side in their win over the Seahawks, who are a well-coached team that will not make big mistakes. Wilson will carve up the Dallas secondary and while Prescott will also have a big game and the Cowboys will not get blown out Seattle will get the W and cover the spread.