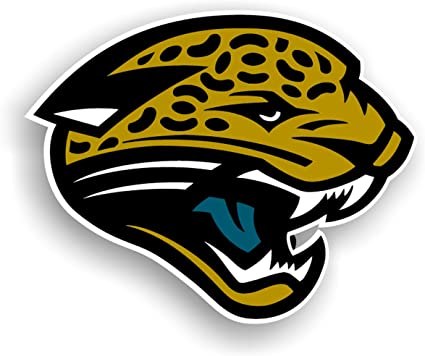 The Jaguars let go of several veterans bringing in younger players in what looks to be a rebuilding year for the team that finished in the basement of the AFC South last season.

Key Additions:  In the draft, the Jags took CB C.J. Henderson and OLB K’Lavon Chaisson in the first round and grabbed WR Laviska Shenault in the second round. The team also added a couple of oft-injured players in TE Tyler Eifert and RB Chris Thompson. LB Joe Schobert was added after spending the last three years in Cleveland where he totaled 380 tackles.

Key Losses: The team traded QB Nick Foles after one injury-marred season with the team. The team also lost a couple of key defensive players in DE Calais Campbell and CB A.J. Bouye.

With Foles gone Gardner Minshew is the guy this season under center and as a rookie last season, he passed for 3,271 yards with 21 TD and 6 INT. “Minshew Mania” took hold for Jax last season and can the sixth-round pick in the 2019 draft turn things around for the Jags?

Jay Gruden brings the West Coast offense to Jacksonville but does he have the pieces to run it? The WR corps do not have big names but D.J. Clark Jr. and Chris Conley combined for 1,783 receiving yards last season and second-round pick Laviska Shenault may get a lot of time on the field as a rookie and played WR, TE, and RB at Colorado last season.

RB Leonard Fournette rushed for 1,152 yards averaging 4.3 yards per carry last season but the Jags declined his fifth-year option. This may be his last season in Jax and needs a big one to cash in next season and his health will be key.

Minshew also rushed for 344 yards last season and he has to get his team to the end zone. Last season the Jags ranked in the middle of the pack in terms of passing and rushing yards per game but only ranked 28thin points per game.

The defense for the Jags ranked 23rd in the league last season and there are a lot of question marks on that side of the ball heading into this season.

Myles Jack may be the only returning defensive starter and emerging star Yannick Ngakoue has made no bones that he wants out of Jacksonville after being franchise tagged.

There is some young talent on D with the two first-round picks in CB C.J. Henderson and OLB K’Lavon Chaisson and 2019 first-round pick Josh Allen, who had 10.5 sacks last season while only starting four games as a rookie.

The Jags lost some talent on D in the offseason but they do have a lot of young talent that needs to gel quickly.

The Jaguars have to take advantage of an easier first-half schedule, as their second-half one is tough with three games on the road against the Packers, Vikings, and Ravens.

Prediction:  I look for much of the same from the Jags in not making the playoffs and having issues scoring. Bringing in Jay Gruden was a solid move but is Minshew his guy?

Some have muttered that the team should tank to get Trevor Laurence in the next draft, but I do not see that happening. The young team will have growing pains but I think the future is pretty bright for the Jags but they have to get good play from the QB position.

This season will likely show if Minshew is their QB for the future or of the team needs to go in a different direction in 2021.