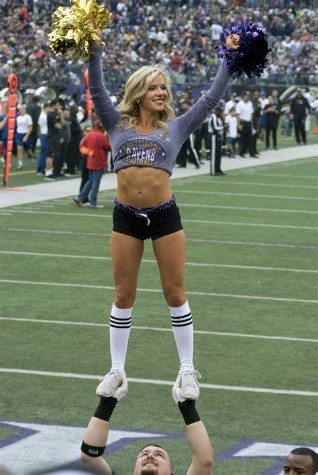 In a marquee, Monday night matchup between the two teams that have the best odds to win the Super Bowl the Ravens host the Chiefs. The Ravens are favored by 3.5 points at home with a total of 53.5.

The public money has been on Baltimore, as they opened a 2.5-point favorite and as of Thursday are at 3.5.

The Chiefs are at 2-0 but in their last game, their high powered offense was tamed in a 23-20 in OT win over the L.A. Chargers. Their kicker hit two 58-yard field goals including the game-winner where KC was fortunate to leave La La Land with the W.

The Ravens have had no problems in their first two games where they have outscored their opponents 71-22. Reigning MVP Lamar Jackson has been solid but has not put up huge numbers but the Baltimore defense has been great.

These teams met last season in Week 3 at Kansas City where the Chiefs beat the Ravens 33-28.

Third Time is the Charm

In the 23-20 OT win over the Chargers, Chiefs’ kicker Harrison Butker made both field-goal attempts, which were called back because of penalty and timeout, and then nailed the game-winner.

The Chiefs gave up more yards in the game (479-414, gave up 183 rushing yards and were penalized 11 times for 90 yards. In their run D struggles again facing Jackson and company they may be in a for a long game.

Patrick Mahomes passed for 302 yards with two TD and no INT and was pressured all game by the Chargers’ defense. Tyreek Hill and Travis Kelse combined for 189 yards in the win and they will. Be tested by a Ravens’ secondary that has played well in the first two games.

Mahomes also led KC with 54 rushing yards with rookie Clyde Edwards-Helaire rushing for 38 yards only averaging 3.8 yards per carry. They will face a Baltimore front line D that only gave up 51 rushing yards in their win over the Texans in their last game.

The Chiefs’ run D will be facing a Baltimore run game that had 230 rushing yards in their win over the Texans. Three players had at least 54 rushing yards led by Gus Edwards with 73 and Jackson and Mark Ingram combined for 109 rushing yards.

Jackson passed for 207 yards with one TD and no INT but was sacked four times. The Ravens have a balanced WR corps and while Jackson can air it out, he had three passing TD in the season opener, the run game is what the Chiefs have to worry about.

I think the Chiefs will have big issues trying to stop the run, but I also think Mahomes will have a big game. This game will be close and may come down to turnovers. Baltimore has the edge at home with the better run game and Jackson will come up big in the clutch. In a great Monday night game, the Ravens will get the win in a close one and cover the spread.