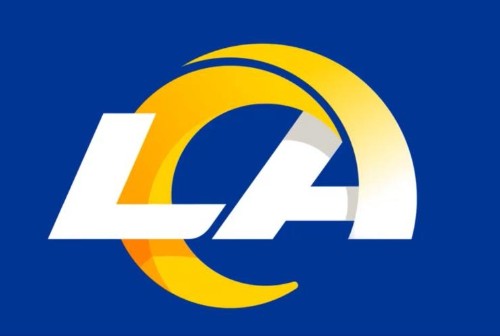 The public has been on the Rams, big time, in this division matchup, as they opened as a 3-point dog, and as of Wednesday are a 3.5-point favorite.

This is the first game between these rivals this season and last season the 49ers won both games against the Rams.

While the Rams offense has been solid it is league sack leader Aaron Donald and the third-ranking defense that has been impressive. Ok, so L.A. has only played the Giants and Redskins in their last two games but in those games, they only gave up a total of 19 points.

The once-vaunted San Francisco defense was torched in their last game and while Jimmy Garoppolo returned from injury in his last fame he was benched after going 7 for 17 with two INT and no TD.

The road team is 4-1 ATS in the last five games between these division rivals.

In the Rams last game, they beat the Washington Football Team 30-10 where they outgained them 429 yards to 108 yards. The Rams have only allowed 348 yards in their last two games but all four of their wins have come against teams in the weaker than weak NFC East,

The Rams did rush for 129 yards in the win over Washington with 46 coming on one run. L.A. ranks seventh in the league in rushing yards per game and will face a strong 49ers’ run D that has not given up more than 94 rushing yard in their last three games.

Goff will face a San Fran secondary that was torched in their last game giving up 342 passing yards and three passing TD.

Back on the Horse

The 49ers are the defending NFC champs but have lost two straight and were throttled in their last game. They need to get back in the W column being in the basement of the NFC West/ Their upcoming schedule is killer, as after this game they face the Patriots and Seahawks on the road and then the Packers at home and two more road games against the Saints and Rams.

In the 43-17 loss in their last game, the 49ers were embarrassed at home and Jimmy Garoppolo was pulled after throwing two picks. He should get the start in this game and needs to play better. The 49ers cannot get down big again, as they need to feed RB Raheem Mostert, who even in the bad loss to Miami rushed for 90 yards on only 11 carries.

The Rams’ defense has been good against the run and great against the pass. Aaron Donald leads the NFL with 7.5 sacks and the team has 20 on the season, so the San Fran O-Line has their work cut out for them.

The Rams are 10-3 ATS in their last 13 road games while the 49ers have failed to cover in five of their last seven home games.

I think the 49ers are in trouble, as the team is led by their D, which was lit up in their last game. Jimmy G will struggle yet again while Goff and the L.A. offense will get it done. For the second straight game, the 49ers will lose at home and fail to cover falling to 2-4 while the Rams will move to 5-1.