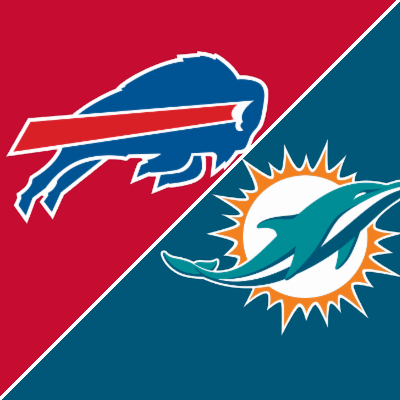 The Bills’ offense was grounded in their season-opening loss to Pittsburgh and head to South Beach to take on a Dolphins team that was the only AFC East team to get a win in Week 1.

The Bills are a 3-point road favorite in this division matchup with a total sitting at 48. As of Tuesday, the public has slightly backed the Dolphins, as they opened as a 3.5-point underdog.

Last season the Bills won both games facing the Dolphins.

The Bills lost to the Pittsburgh Steelers at home in their season opener where they were outscored 17-0 in the fourth quarter and only scored six second half points.

The Dolphins were on the road in their opening game beating the New England Patriots 17-16. Their defense was pretty solid and they forced a fumble late in the fourth quarter when the Pats were on their 11-yard line and after that ran out the clock.

In the loss to the Steelers Josh Allen, who was a legit MVP candidate, was held in check. He was 30 for 51 but only for 270 yards averaging 5.3 yards per completion and had a TD, no INT, and was sacked three times and lost a fumble.

The Bills were the second highest scoring team in the NFL last season and they only managed one TD. They crossed midfield on eight of their 11 possessions but could not get it done. They were also 0 for 2 on fourth down in their first two possessions of the second half.

The Bills need to clean it up for this game after the last one, as they had eight penalties, including six offensive holding ones, lost the game’s only turnover, and were 1 for 4 in the red zone. Buffalo lost the game despite outgaining Pittsburgh 371 yards to 252 yards.

Allen will be facing a Miami defense that gave up nearly 400 yards in their win over the Patriots last week and only had one sack.

The Dolphins had a little luck on their side with the late fumble in their win over the Patriots.

The offense did not look great in the win over New England and they only rushed for 74 yards. Tua Tagovailoa was 16/27 for 202 yards with a TD and an INT and was sacked twice. DeVante Parker and Jaylen Waddle each had four catches and combined for 142 receiving yards.

Myles Gaskin rushed for 49 yards on an average of 5.4 yards per carry but only had nine carries. He will be facing a Buffalo run defense that only gave up 74 rushing yards in the loss to Pittsburgh.

The Bills overall defense was not bad in the loss to Pittsburgh but they gave up 17 of the 23 points in the fourth quarter. When they beat the Dolphins last season in the season finale, they lit them up scoring 56 points.

Allen was held in check in the opener and he had issues with his accuracy on deeper passes. It does not help that the offensive line has issues and the Dolphins need to take advantage of that. I look for Allen to play better in this game and rack up the yards and for Buffalo to play good D the entire game. The jury is still out on Tua and that may continue after this game, as I do not see him having a big afternoon. Buffalo will win this game and cover to move to 1-1 on the young season.