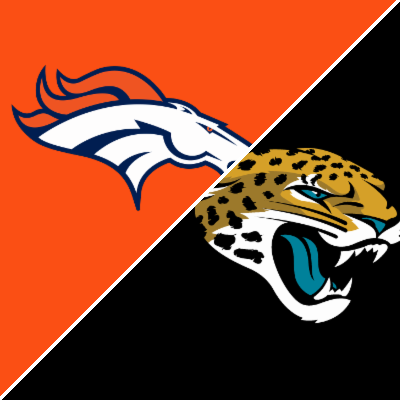 The Broncos won their season opener with a solid defense performance and head to the Sunshine State to take on the 0-1 Jaguars.

The Broncos are a 6-point favorite in this AFC game with a total of 45.5. Little bit of a surprise that the public has slightly backed the Jags, as they opened as a 6.5-point underdog and as of Tuesday are a 6-point dog.

The Broncos were on the road in their season opener beating the New York Giants 27-13. They had a balanced offensive attack and stuffed the run holding the Giants to only 60 rushing yards.

Even with #1 pick Trevor Laurence and new head coach Urban Meyer it was the same old Jags in the season opener. They were beaten badly 37-21 at the hands of the Houston Texans.

The Jax defense struggled giving up 449 yards. The team did not run the ball well, and Laurence was picked off three times.

These teams last met in the 2019 season. While the Jaguars have covered in five of the last six games between these two teams the road team is 6-1 ATS in the last seven meetings.

Solid All Around Game

The Broncos had a solid all-around game in their opening win over the Giants. Teddy Bridgewater played well in his first start for the team passing for 264 yards with two TD and no INT and was sacked twice.

Three players had at least 41 receiving yards led by Jerry Jeudy (72 yards), who left the game with a high ankle sprain and is out for the Jags game.

Denver rushed for 165 yards in the win over New York with Melvin Gordon III leading the way with 101 yards highlighted by a 70-yard TD run.

The Jags will need to shore up their defense in this game, as in the opener they gave up 289 passing yards and 160 rushing yards.

It was not a good start to the season for the Jags in their bad loss to the Texans, who came into the season with the worst betting odds to win the Super Bowl.

Jax did not have much of a ground game against Houston with only 76 yards. Carlos Hyde rushed for 44 yards and he has to get more touches and for that to happen Jax cannot go down big like they did in the opener being outscored 27-7 in the first half.

The Jags have a tall task facing a legit Denver defense that did give up 254 passing yards in the last game but stuffed the run and held Saquon Barkley to only 26 yards on 10 carries.

The Broncos have covered the spread in eight of their last 11 games facing a team with a losing record. Jax has failed to cover in five of their last seven road games.

Laurence showed some promise even in the bad loss in the opener. I look for him to be better in this game but the D will struggle and the run game will not help out much.

The Broncos will follow the blueprint from their Week 1 win with a balanced offense and solid defensive effort and just like that road game they will win this one and cover the spread as well.