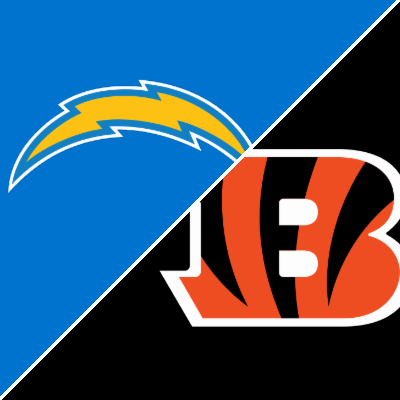 In an AFC matchup between two teams that are in second place in their respective divisions, the Bengals host the Chargers.

In their last game the Chargers were on the road and lost their fourth game in their last six with a 28-13 loss to the Denver Broncos. L.A. had more yards in the game but they did not run the ball well and Justin Herbert was picked off twice.

The Bengals were at home in their last game where they laid a 41-10 beat down on the Pittsburgh Steelers. Cincy did not dominate in terms of overall yards but they rushed for 198 yards, only gave up 51 rushing yards, and their defense forced three turnovers.

These teams met last season in the opener in Cincy and the Chargers beat the Bengals 16-13. While the Chargers covered the spread in that game they are 2-6 ATS in their last eight games facing the Bengals.

Getting Back on Track

After a 4-1 start the Chargers have lost four of their last six games and they are tied with the Broncos and Raiders in second place in the AFC West one game back of the Chiefs.

Herbert (3,230 yards 24 TD 10 INT) ranks first in the NFL in QBR and while he has passed for over 300 yards in each of the last two games, he has four picks to go with six TD in the last three games.

Kennan Allen (895 yards 2 TD) has been solid in the last few games but Mike Williams (744 yards 7 TD) only had 39 receiving yards in the last game, which was the second in his last two with 39 yards or less.

Austin Ekeler (604 yards 7 TD) is the third leading player in receiving yards and has been solid out of the backfield passing catches but has not rushed for over 50 yards in any of the last three games.

Cincy has a pretty good pass rush and rank fifth in the league in run defense, but only 25thin pass defense.

In the Bengals win over the Steelers in the last game Joe Mixon rushed for a career high 165 yards. He ranks third in the league in rushing yards, has at least 123 rushing yards in his last two games, and has two rushing TDs in each of the last three games.

Joe Burrow (2,835 yards 22 TD 12 INT) has been game-managing as of late with Mixon going off and in the last two games has not passed for over 190 yards. In the last three games he has three INT and only two TD.

The WR corps for Cincy has been pretty good and while rookie WR Ja’Marr Chase (906 yards 8 TD) ranks sixth in the league in receiving yards he has only averaged 38 receiving yards in the last four games.

Look for Mixon to get a lot of action facing a Chargers’ run defense that ranks dead last in the NFL. The pass D has been solid ranking fifth but the run D is a major issue facing a hot Mixon.

The Chargers are only 1-5 ATS in their last six games and look for that to continue.

Would love to go with the Chargers in this one, as I am a fan, but just cannot do it with their run defense. Yeah. Herbert may play well but the Bengals will control the clock and rush for a lot of yards with Mixon having another big game. L.A. will not be able to stop him and that will be huge in this AFC matchup that the Bengals will win and cover.