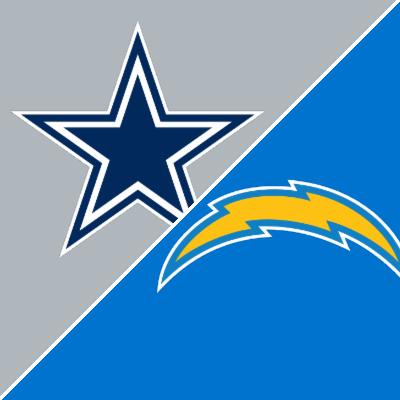 The Chargers won their season opener and face a Cowboys team that narrowly lost to the defending champion Buccaneers.

The Cowboys were in the Sunshine State in Week 1 losing to the Tampa Bay Buccaneers 31-29 where they were on the losing end of some Tom Brady magic at the end of the game. Dak Prescott showed he is back from injury with a huge game but the run game was not there to help him out.

The Chargers were in the Nation’s Capital in Week one beating the Washington Football Team 20-16. Justin Herbert had a good game and the bolts withstood the solid Washington defense.

The Chargers have covered the spread in four of their last five games facing America’s Team but they have not faced them since the 2017 season.

Many called the Dallas loss a win for the team since they were on the road, Prescott was huge, and the team covered as a 10-point road favorite. However, on the minus side the team only rushed for 52 yards and their pass D was not good, and they lost despite forcing four turnovers and only committing one.

Prescott was 42/58 in the Tampa game with 403 yards with three TD and one INT and was only sacked once. Amari Cooper and CeeDee Lamb each had over 100 receiving yards and combined for three TD.

Ezekiel Elliot only rushed for 33 yards on 11 carries and 13 of his yards were on one run.

Dallas will be facing Joey Bosa and a Chargers’ defense that held Washington to only 259 total yards and 133 passing yards. The Dallas offensive line has some injury concerns but played well against the Bucs and need to do the same facing the Chargers.

Herbert Picks Up Where He Left Off

In the win over Washington reigning Offensive Rookie of the Year Justin Herbert played well passing for 337 yards with a TD and an INT. Where he really was solid was leading L.A. to convert 14 of their 19 third downs.

Keenan Allen had 100 receiving yards and Mike Evans had 82 and a TD and they have to be a concern for a Dallas pass defense that gave up 379 passing yards and four passing TD last week.

While the Cowboys’ defense did not defend the pass well, they were solid against the run. L.A. only rushed for 90 yards in the win over Washington and while Austin Ekler led the team, he only had 57 yards and only averaged 3.8 yards per carry.

Dallas may have been close in the loss to the Bucs they lost despite Prescott passing for over 400 yards and they forced four turnovers. Herbert was legit in the opener and I look for him to have a big game.

Prescott will also play well again but the Chargers’ D will keep Elliot in check and the Dallas defense will give up some big plays. I see a pretty close one here but the Bolts are for real and they will win and cover sending America’s Team into an 0-2 hole to start the season.