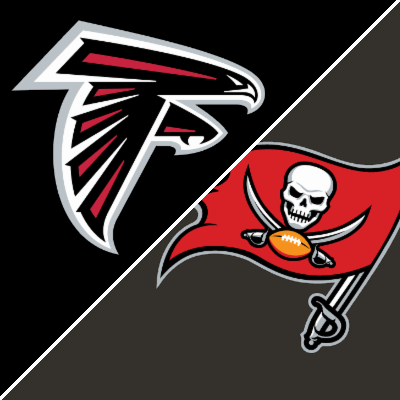 The defending champion Bucs needed a little Tom Brady magic to win their opener and they hit the road for an NFC South matchup facing the Falcons, who were embarrassed in their season opener.

No shock the Buccaneers are a 12.5-point home favorite in this NFC South encounter and the total sits at 52. Little surprising, though, that the public has backed at Atlanta opening as a 13.5-point underdog and as of Wednesday are “only” a 12.5-point dog.

The Falcons were at home in their opener and were schooled 32-6 at the hands of the Philadelphia Eagles. They were shutout in the first half, were outgained 434 yards to 260 yards, and Matt Ryan had the fourth lowest QBR of the opening week.

The Bucs played the opening game of the NFL season at home last Thursday and beat the Dallas Cowboys 31-29. Tom Brady led the game-winning drive with less than two minutes remaining.

Last season the Bucs beat the Falcons twice and at home in the season finale beat them 44-27. Matt Ryan is 0-5 in his career facing Brady.

The home team has covered the spread in six of the last eight games between these teams.

The Falcons need to get over their bad loss in Week 1. They failed to score a TD and were only 3/14 on third down and 1/3 on fourth down.

Matt Ryan was 21/35 for 164 yards, only averaged a paltry 4.7 yards per completion, and was sacked three times. Calvin Ridley led the team with 51 receiving yards while no other player had more than 31.

While the Bucs won their opener their defense did not look great. Yeah, they defended the run well only allowing 60 rushing yards but they allowed 391 passing yards and only had one sack.

That is Why He is the GOAT

Brady showed no signs of aging in the opener where he orchestrated the game-winning drive and passed for 379 yards with four TD and two INT, once of which was on a hail Mary at the end of the first half. On top of his great performance his line played great not allowing any sacks.

While Tampa won the opener there are concerns about the run game. In the Dallas game they only rushed for 52 yards and Leonard Fournette led the team with 32 rushing yards and only averaged 3.6 yards per carry. He and Ronald Jones will get their chances in this game facing an Atlanta run defense that was torched in Week 1 giving up 173 rushing yards.

The Atlanta D also gave up 261 passing yards and three passing TD and only had one sack.

The Bucs are 5-0 ATS in their last five games after accumulating less than 90 yards rushing in their previous game. I look for that trend to continue, as I think the Bucs will rack up the yards on the ground and the air in this NFC South contest. Yeah, Tampa is giving a lot of points and Ryan will play better in this game but in the Sunshine State I still see a blowout. The Bucs will easily win this game and cover the big spread as well moving to 2-0 on the young season.