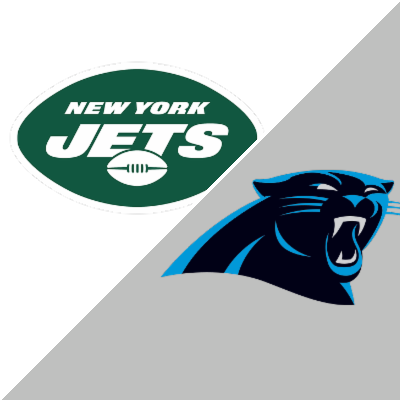 The Jets start the season with a rookie QB in Zach Wilson, who took over for Sam Darnold, who was the #3 pick in the draft for New York a few years back and is looking for a new start as the Panthers’ signal caller.

Carolina is a 5-point betting favorite in this game with the total sitting at 44.5. The public has backed the Panthers, so far, in this non-conference affair, as they opened as a four-point favorite.

Darnold has a new start in Carolina after three disappointing seasons with the Jets. The key player for the Panthers’ offense is do-it-all RB Christian McCaffery, who is healthy again and missed all but three games last season.

The offensive line is an issue and the defense is an up and coming young with many solid players.

The Jets used the #2 pick in the draft to take Wilson, who has all the tools but is a bit undersized and while he had a stellar season with BYU last year he did not face one Power 5 conference team. He has some weapons on the outside but the RB unit and defense, which ranked 26th in the league last season in points allowed, are concerns.

While Carolina is 3-1-1 ATS in their last five games facing the Jets they have not played them since the 2017 season.

A Lot of Pressure on Wilson

Playing in the Big Apple Wilson has a lot of pressure like his predecessor Darnold had.

Wilson will start right away for the Jets and looked pretty good in the preseason. The team gave him some outside weapons signing Corey Davis, who almost had 1,000 receiving yards last season, and they took WR Elijah Moore in the second round. They with last season’s top WR Jamison Crowder (699 receiving yards) may make up a solid WR corps.

The Jets were not a good run team last season and the leading rusher in the ageless Frank Gore is gone. The team still has some young talent in the backfield with Ty Johnson, and La’Mical Perine and signed Tevin Coleman and drafted Michael Carter in the fourth round.

Still, there is no big-name RB and that could be an issue. On top of that even drafting OG Alijah Vera-Tucker in the first round and having LT Mekhi Becton coming off a great rookie campaign the other positions on the line may be a concern.

Last season the Jets ranked last in the league in points per game.

The Panthers’ D ranked 18th in the NFL last season in points allowed. They have many young players and are led by linebacker/safety Jeremy Chinn, who came in second last season in Defensive Rookie of the Year, Brian Burns (16.5 sacks last two seasons), and DT Derrick Brown. The team also signed Haason Reddick (12.5 sacks last season in Arizona) and with the eighth pick of the draft took CB Jaycee Horn.

Darnold will be getting a fresh start in Carolina and he has many more weapons than he ever had while with the Jets. The WR duo of D.J. Moore and Robbie Anderson each had over 1,000 receiving yards last season and with their second round pick the Panthers took WR Terrace Marshall.

McCaffrey is a stud that needs to stay healthy and backup RB Mike Davis rushed for 642 yards last season to lead the team. Darnold may have the same problem in Carolina as he had in New York playing behind a suspect offensive line.

The Jets ranked 26th in the league in points allowed last season and while they made a solid addition signing DE Carl Lawson, they did not do much to address their needs in the secondary.

Both teams have new signal callers but the Panthers have McCaffery back and that is huge. He will ease the transition with Darnold, as he will not have to do it all. That may not be the case for Wilson with the Jets RB concern a real one.

I think Wilson will have a pretty good debut but so will Darnold. On top of that McCaffery will be his old self and the Panthers’ young defense will play well. Those are the main reasons why the Panthers will win and cover in this non-conference affair.