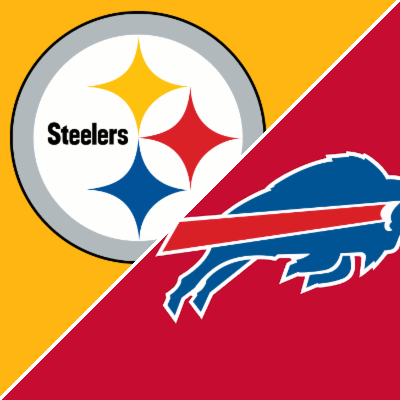 The Bills made the AFC title game last season and have a loaded team hosting a Steelers team in Week 1 that is coming off a 12-win season.

The Bills are a 6.5-point favorite in this AFC affair with the total sitting at 48.5. While the total for this AFC matchup has gone up, to the tine of 5.5 points, the line has not changed since opening, as of September 6.

Bills in AFC Championship in 2020

Buffalo is coming off a great season where they advanced to the AFC title game and third year QB Josh Allen was in the MVP candidate. The team did not make any big off-season moves and with good reason. The team is loaded and there are high expectations for the Bills this season.

Pittsburgh won their first 11 games last season but then ended the season poorly and lost their opening playoff game.

Ben Roethlisberger may be in his last season and played well last season with the team winning 12 games even though they ranked dead last in the league in rushing offense. The defense was great in the first 11 games but not so much at the end of the season and in their bad playoff loss giving up 48 points to the Browns.

These teams met last season in Buffalo in Week 14 where the Bills beat the Steelers 26-16.

Big Ben may retire after season’s end and he is hoping a new run game and steady defensive play can help him out. He passed for over 3,800 yards with 33 TD and 10 INT and the WR trio of Diontae Johnson, Chase Claypool and JuJu Smith-Schuster all had at least 831 receiving yards and TE Eric Ebron had 558 receiving yards.

Pittsburgh let leading rusher James Conner walk and are hoping first round pick Najee Harris can lead the run game. Free agents Kalen Ballage and Anthony McFarland were also brought in but Harris will be counted on to revive the Pittsburgh run game, which was terrible last season.

The Bills defense ranked in the middle of the pack last season. However, they played a tough schedule and had issue issues and COVID-19 opt outs on that side of the ball. Efe Obada was added up front and had 5.5 sacks last season and the secondary led by Pro Bowl CB Tre’Davious White is a more than solid one.

In last season’s win over the Steelers the Bills defense held them to only 224 yards and picked off Big Ben twice.

Sky is the Limit

If Allen can continue to ascend and the Bills’ defense plays at full strength the sky if the limit for the Bills this season.

Devin Singletary (687 rushing yards) and Zack Moss (481 rushing yards) are back in the backfield for the Bills and they and Allen will be playing behind a very good offensive line.

The Bills will be facing a solid Pittsburgh defense that needs to regroup after struggling in the last few games of last season. T.J. Watt had 15 sacks, All-Pro Minkah Fitzpatrick is the leader of the secondary, and the team led the NFL in interceptions last season. Still, there are concerns, as the team lost Bud Dupree (19.5 sacks the last two seasons) and the CB duo of Steven Nelson and Mike Hilton were salary cap casualties.

The Bills are not a flash in the pan, as they are a legit Super Bowl contender this season. They will come out and play well on both sides of the ball in this game and the Pittsburgh D will not be able to contain Allen. I look for the Bills’ defense to shut down the Steelers like they did last season holding them to 16 points. Last season at home the Bills won and covered facing the Steelers and they will do that again in the season-opener.