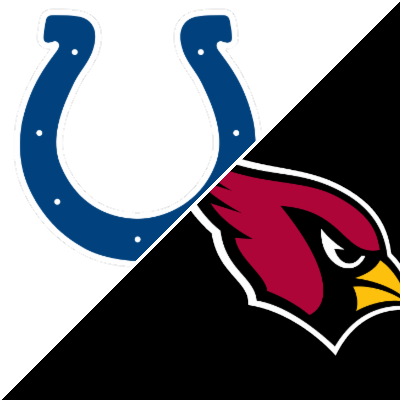 The Cardinals have lost two in a row and look to get back in the win column playing host to the Colts, who have won two in a row.

The Cardinals are a slight 1-point home betting favorite in this non-conference affair with the total sitting at 49. The public has backed Indy, so far, in this game, as they opened as a 1.5-point underdog and as of Wednesday are a 1-point dog.

In their last game the Colts were at home and came up with a big win over the New England Patriots, snapping their seven-game winning streak. Indy was outgained by 90 yards and only passed for 49 yards but Jonathan Taylor rushed for 170 yards and the defense forced two turnovers.

The Cardinals are coming off their worst loss of the season losing to 30-12 to the Detroit Lions, who came into the game with one win. The team was outscored 17-0 in the first half and while they racked up nearly 400 yards it they took the Lions for granted, which you can’t do in the NFL.

Taylor is the Man

Jonathan Taylor not only went big in the last game and leads the NFL in rushing yards (1,518) but he leads the second place RB by 424 yards. He has rushed for 313 yards in the last two games and the Colts are 8-0 when he rushed for at least 100 yards.

Carson Wentz only passed for 57 yards in the last game but he has quietly put together a solid season. He has passed for 3,005 yards with 23 TD and 5 INT and ranks a legit sixth in the league in QBR.

Michael Pittman Jr. leads the pretty good WR corps for the Colts but Taylor is the workhorse for the offense and how he goes the team goes.

This game does not match up well for the Arizona defense, as they rank fifth in the league in pass defense but 17th in run defense.

Kyler Murry has not played well in the last two games where he has three INT and only one TD. His top target with eight TD in DeAndre Hopkins is out for the season but the team still has Christian Kirk and A.J. Green, who have combined for 1,530 receiving yards.

James Conner (700 yards 14 TD) only rushed for 39 yards in the last game and is listed as questionable to face the Colts with an injury.

Chase Edmonds struggled for a few games but rushed for 53 yards in the last game but with the Cardinals down big they had to bail on the run in the second half and that cannot happen in this game.

The Colts have only allowed 17 points in winning their last two games and on the season, they rank 15th in the NFL defending the pass and 14th defending the run.

The Colts are 5-0 ATS in their last five road games and look for that trend to continue.

Murray has not looked the same in the last two games and the loss of Hopkins was a big one. The defense has also not played well in the last two games and they will have their hands full with Taylor. I look for the Cardinals to bounce back and play better after last week’s embarrassing loss to the Lions but Taylor will have another big game and the Indy D will get it done, which is why they will win, covering the short spread.