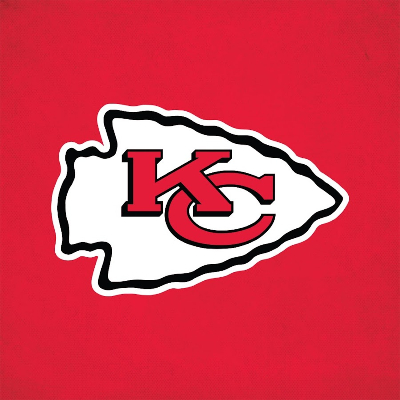 The Chiefs return almost all of their key players from a team that came up short in the Super Bowl last season. However, with Andy Reid at the helm, a staked team on both sides of the ball, and Patrick Mahomes under center it is no surprise Kansas City has the best betting odds to win the Super Bowl.

Last season the Chiefs looked on their way to win their second Super Bowl in a row but struggled on both sides of the ball in the 31-9 loss to the Tampa Bay Buccaneers. Mahomes had another great season and he has no lack of weapons all-around him.

Travis Kelse had arguably the best season ever by a tight end last season with 1.416 receiving yards and 11 TD. Tyreek Hill was a stud once again with 1,276 yards and 15 TD and the WR duo of Mecole Hardman and Demarcus Robinson each had at least 466 receiving yards.

RB Clyde Edwards-Helair had over 1,100 yards from scrimmage but struggled at times to run the ball behind an offensive line that had issues last season opening running lanes and protecting Mahomes. Darrel Williams and Jerick McKinnon will get some touches in the backfield but Edwards-Helair is the main back.

Mahomes Gets Help Up Front

The Super Bowl showed that Mahomes needed more help up front and in the off-season the team got just that. The team spent big signing G Joe Thuney to a big contract worth $80 million. They also sent a first round draft pick to Baltimore for solid LT Orlando Brown Jr. to protect Mahomes blind side. If the line can gel and be a good one the sky is the limit for how good their offense can be.

Last season Kansas City ranked a legit 10th in the league in points allowed. Stars DT Chris Jones and DE Frank Clark were slowed by injuries last season but still both were given big contracts in the off-season. LB Nick Bolton was the team’s first draft pick in the second round and will vie for playing time right away.

The secondary is a solid one led by two-time Pro Bowler S Tyrann Mathieu, who is playing for a big payday. The CB duo of Charvarius Ward and L’Jarius Sneed are a good combo and both are long and athletic. KC re-signed S Daniel Sorenson and S Juan Thornhill looks fully recovered from a 2019 ACL tear.

The Chiefs are in the tough AFC West and the toughest part of their season is the first half. It is there when they face the Browns, Ravens, Chargers, Bills and Titans and in their first game of the second half play host to Aaron Rodgers and the Green Bay Packers.

The Chiefs brought back most of their team and addressed their biggest need in the offensive line in the off-season. The team is stacked once again and Mahomes may be in line for another huge season with better protection. The Chiefs will win the AFC West and I look for them to get back to the Super Bowl for the third straight season.