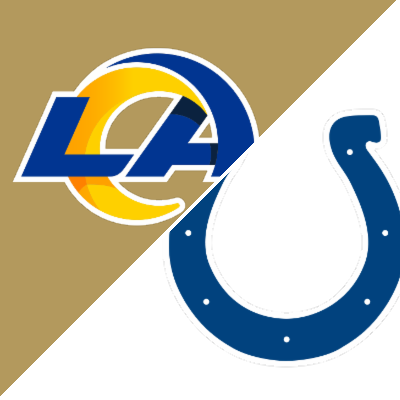 The Rams got off to a great start with a win in their season opener with their new QB while the same cannot be said about the 0-1 Colts with their new signal caller.

The Rams are a 4-point road favorite in this non-conference game with a total of 47.5 and the spread and total have not changed since opening, as of Tuesday.

The Rams beat the Chicago Bears at home in their season opener where new QB Matt Stafford had a solid debut starting with a 67-yard TD on his second pass of the game. The run game for the team was not great but their defense held Chicago to only seven points in the second half.

The Colas lost at home in Week 1 28-16 to the Seattle Seahawks where Carson Wentz did not have the best debut. In the first round of games Wentz had the sixth lowest QBR rating losing a fumble and being sacked three times.

While the favorite is 4-1 ATS in the last five games between these teams they have not faced each other since the 2017 season.

Stafford had the third best QBR in Week 1 and in the win over the Bears passed for 321 yards with three TD and no INT and was only sacked once.

The Rams only rushed for 74 yards but Darrell Henderson Jr. did rush for 70 yards averaging a respectable 4.4 yards per carry. The loss of #1 RB Cam Akers for the season is a big one and L.A. needs to run the ball more or teams will stack the secondary to try to contain Stafford.

The Colts’ defense gave up 381 yards in the loss to Seattle last week including 140 rushing yards. However, they did have three sacks and their pass rush will be vital facing Stafford this Sunday, as they cannot give him time in the pocket. CB Xavier Rhodes was as a solid pickup for the Colts in the off-season but missed Week 1 with a calf injury and is listed as questionable for Week 2.

Not Good in the Clutch

Wentz was not picked off in the loss to the Seahawks and had two TD with 251 yards but only averaged 6.6 yards per completion and lost a fumble. He and the offense failed to come through in the clutch as well, as they were only 5 for 13 on third down conversions and 0 for 3 on fourth down conversions.

Jonathan Taylor rushed for over 1,000 yards last season and while he led Indy in the opener with 60 receiving yards, he only rushed for 56 yards averaging a pretty weak 3.3 yards per carry.

WR’s Nyheim Hines and Zach Pascal combined for 91 receiving yards in the loss to Seattle.

Look for the Colts to give Taylor a big workload in this game facing a Rams’ defense that gave up 134 rushing yards in the win over the Bears. The L.A. pass defense was solid not allowing a TD and getting a pick and the pass rush had three sacks but the run D is a concern.

Stafford looked great in Week 1 and Wentz did not. Look for Stafford to have another big game in the air and for Wentz to struggle against a Rams’ secondary that played well last week. I think Taylor will have a big game on the ground and keep it close but L.A. has too much firepower on the offensive side of the ball, which is why they will win and cover in the heartland this Sunday.