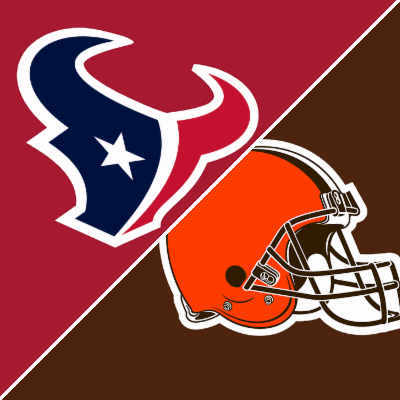 The Browns came close to beating the AFC champion Chiefs in their season opener and in Week 2 host a Texans team that scored a surprising win last week.

In their season opener the Texans beat the Jacksonville Jaguars 37-21. Ok, so it was the Jags but they were home underdogs after their terrible off-season and the whole DeShawn Watson legal drama. Still, the win was a good one and the offense with Tyrod Taylor was legit totaling 449 total yards.

The Browns nearly beat the Chiefs in Week 1 and were up 22-10 at the half but lost 33-29 after being outscored 23-7 in the second half. The team had a balanced attack on offense and had more overall yards (457-397) but committed two turnovers and forced none and the defense struggled in the second half.

The Browns hosted the Texans in the middle of last season beating them 10-7 in an obvious barnburner. Houston has covered the spread in their last six games facing Cleveland.

You have to give the Texans credit for their opening day win but it did come facing a Jaguars team that only won one game last season, has many issues on both sides of the ball, and had three turnovers.

Taylor was making his first start for Houston and played well passing for 291 yards with two TD and no INT and was only sacked once losing two yards. He also rushed for 40 of the 160 yards Houston had on the ground and while Mark Ingram led the team with 85 rushing yards he only averaged 3.3 yards per carry.

Brandin Cooks had a big game with 162 receiving yards and Pharaoh Brown had four catches for 67 yards.

While the Browns allowed Patrick Mahomes to have a big game in Week 1 loss, big surprise, they only gave up 73 rushing yards. Myles Garrett had one of the two Cleveland sacks and Houston’s offensive line will have their hands full in this AFC contest.

The Browns were close to beating the Super Bowl favorite Chiefs but were killed in the second half and Baker Mayfield threw an INT with 1:16 remaining.

Mayfield was 21 for 28 with 321 yards but had no TD and the pick at the end of the game killed Cleveland’s chances. David Njoku led three players that had at least 69 receiving yards with 76 yards and eight different players caught a pass.

The Browns had a good ground game, as they rushed for 153 yards. Nick Chubb led the way with 83 yards and two TD and averaged 5.5 yards per carry. Kareem Hunt rushed for 33 yards and a TD and also had three catches for 28 yards.

While the Texans’ defense did have three interceptions and they defended the run well they allowed Jax rookie Trevor Laurence to pass for 332 yards with three TD. While Mayfield gets the press for Cleveland their strength is still the run and the Texans’ have to play well up front.

The Browns have failed to cover the spread in four of their last five home games. Hard to go with any NFL team giving 12.5 points but that is exactly what I will do. The Texans won in Week 1 and scored 37 points but they were facing the Jags and still have a lot of issues.

The Browns had their chances last week in a close one, which this game will not be. Mayfield will play well, the Browns will have a big game on the ground, and their D will kill it. I see a big-time blowout in this game, so take the Browns even giving a lot of points.