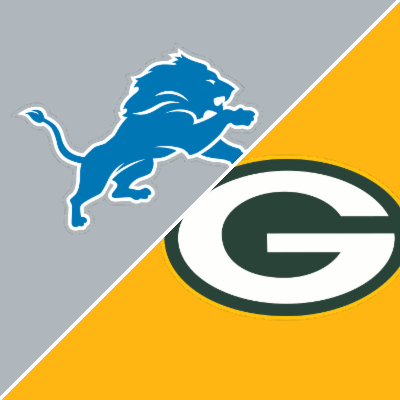 The Packers were embarrassed in their season opener and look to get into the win column Monday night hosting the Detroit Lions in an NFC North contest.

The Lions were at home in their season opener where they lost to the San Francisco 49rs. They covered the spread as a big home underdog and they made it a game after going down 28 points.

The Packers were throttled 38-3 in their season opener against the New Orleans Saints. There has been a lot of chatter is Aaron Rodgers is all in this season and he can silence all that with a solid showing against a suspect Lions’ defense.

Last season the Packers beat the Lions twice but have failed to cover against them in seven of the last eight meetings.

The Lions lost in Week 1 giving up 41 points and 442 yards but there are a couple of silver linings in that Jared Goff played pretty well in his Detroit debut and the team showed fight after being down 28 points in the third quarter.

Goff was 38/57 for 338 yards with three TD and one INT and was sacked three times. T.J. Hockenson led four players that had at least 50 receiving yards with 97 yards and a TD.

The Lions rushed for 116 yards with Jamaal Williams leading the way with 54 yards averaging six yards per carry.

Detroit had to go to the passing game more in the San Fran game since they were down big. Look for them to try to establish the run early facing a Green Bay defense that gave up 171 rushing yards in their loss to the Saints.

Not the Same MVP

In the 38-3 loss to the Saints Aaron Rodgers looked nothing like the player that won the MVP last season. He was 15/28 for only 133 yards with no TD and two INT and was pulled with 11 minutes remaining in the fourth quarter.

Davante Adams had five catches for 56 yards and Randall Cobb had a 32-yard reception in his first game back for Green Bay.

The Packers got little run production with a grand total of 43 yards with A.J. Dillon leading the way with 19 yards.

Green Bay simply did not look prepared mentally or physically in the loss to New Orleans. Rodgers needs to look like his old self and the team needs to turn it around.

After the bad loss to the Saints Rodgers said, “This is a good kick in the you-know-where.” That it was but it was kick that will get the Packers in gear.

That will start in this game, as the team has heard all the press and they will come out and lay a beat down on the Lions at home on Monday night. Green Bay will silence the critics and win big and cover the spread.