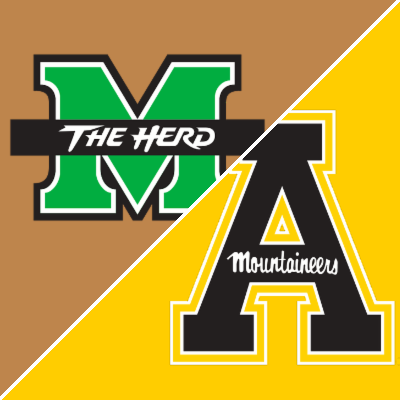 Appalachian State will host Marshall on Thursday night, September 23, in game that kicks off at 7:30 PM EST. App State opened -6.5 and has attracted the early money, moving the number to -7.5 in most spots. The total is 57.

Both of these teams are in off successful 3030 seasons with App State going 9-3 and Marshall 7-3 (though Marshall did drop their final 3). Both are also in good shape as far as returning talent goes.

So far this year, both teams are 2-1 but that’s where it gets interesting. Handicapping early season college football can be tricky. Bettors often overreact to the most recent results, which in turn, can create opportunities.

We saw a classic overreaction to recent results last week. Marshall was 2-0 heading into their game against East Carolina. They had won their first two games by a combined score of 93-17. East Carolina was 0-2. Marshall opened -9 and bettors couldn’t bet them fast enough.

The game was -11 close to kickoff and then another heavy wave of Marshall money came in minutes before kick off. That’s usually defined as the so called “smart money”.

As for this game, this is a revenge spot for App State having lost last year to Marshall, 17-7. When you combine the fact that App State looks to be the better team, playing at home before a Thursday night National TV audience, revenge can be a powerful angle.

We’re a little hesitant because one of our models predictions is a 4 point App State win. However, on prediction, the prediction that weighs recent results more heavily, that margin increases to 14 points.

Both of the models predictions also suggest under the total. We agree as other than App State facing Miami, this will be the best defense both teams have faced to date.