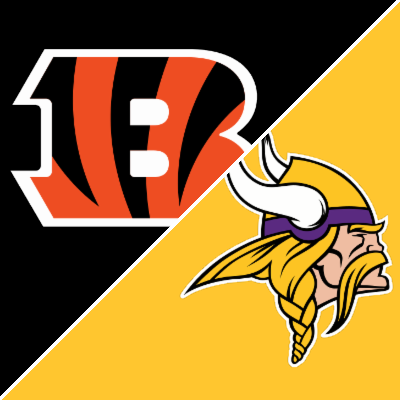 The Vikings missed out on the playoffs last season and hope to get off to a good start in Cincy, who hope QB Joe Burrow is fully recovered from his knee injury that cut his 2020 campaign short.

Minnesota is a 3-point road favorite in this game with the total sitting at 48. As of September 6, the line and the total have not changed since opening.

The Vikings had a solid offense last season but only ranked 29th in the league in points allowed. Kirk Cousins and Dalvin Cook played well and will be counted on the lead the offense again.

Injuries On Both Sides of Ball

The D was decimated by injuries last season and they are now healthy and the team also made some good off-season additions to shore up the defensive unit.

Burrow was having a solid rookie season before he tore up his knee in Week 11. The offensive line was a mess and while they did not take a lineman with their #5 pick, they did sign RT Riley Reiff, Jonah Williams comes back from injury, and used three draft picks for the line.

The Cincy defense was not a good one last season ranking 29th in the league in points allowed. The picked up DE Trey Hendrickson (12.5 sacks with the Saints last season) and also added a solid duo in Mike Hilton and Chidobe Awuzie to help the secondary.

However, they lost perennial Pro Bowl DT Geno Atkins and the run defense will still be an issue and that is not good in Week 1 facing Cook.

It looks as if Burrow is back and cleared to play in Week 1. While A.J. Green is gone the Bengals may still have a legit WR with Tee Higgin and Tyler Boyd returning and with their fifth pick they chose Burrow’s former teammate at LSU Ja’Marr Chase, who has a high ceiling but also opted out of the 2020 college season.

Joe Mixon struggled last season after signing a big contract and he needs to bounce back. He and Samaje Perine, who rushed for 301 yards last season) have to move the chains on the ground to take the pressure off Burrow.

Last season Minnesota’s defense was ravaged by injuries and only ranked 29th in the league in points allowed. The players are now back and healthy and up front they have some talent and look to get to Burrow early and often. The team also added eight-time Pro Bowler CB Patrick Patterson and solid S Xavier Woods, so Burrow has his work cut out for him.

The Vikings have failed to cover the spread in their last five games as a favorite. The Bengals are 5-2 ATS in their last seven home games. Do not look for either of these trends to continue in this non-conference affair.

Burrow is back but the line is still an issue as is the run game. He will play pretty well but also get roughed up in the backfield and not get much help from the run game. Cousins and Cook will get it done and the Minnesota defense will look like a different unit than last season. The Vikings will open the season with a win in this game and they will also cover the spread.