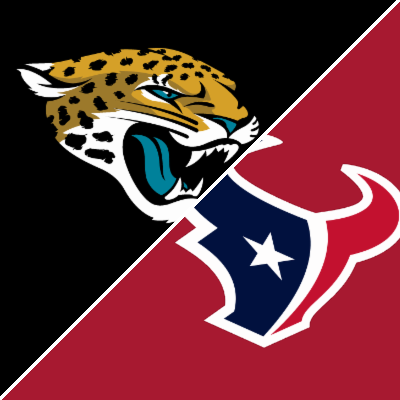 The Trevor Laurence era begins in Jacksonville but the team still has a lot of issues, as do the Texans, who are not sure of the fate of their franchise QB DeShawn Watson. The Jaguars are -3 point road favorites with a total of 44.5.

Stop throwing $$ away. Bet the game with reduced juice at BetAnySports!

Urban Meyer and Laurence make their highly anticipated Jacksonville debut in this game. Laurence was the #1 pick in the last draft and their other first round pick in RB Travis Etienne was lost for the season with a foot injury suffered in preseason.

The Texans have a whole new team and their franchise QB in Watson is buried in the depth chart, as the NFL investigates all the sexual misconduct charges against him.

While not official it looks as if veteran Tyrod Taylor will get the starting nod under center in this game. Houston had a major overhaul on the off-season with many new coaches and 37 free agent additions.

The underdog has covered the spread in 12 of the last 17 games between these AFC South rivals.

The Texans have beaten the Jaguars in the last six matchups.

Laurence comes into the league with a ton of hype and with good reason after a stellar college career. The Jags went out and got him some weapons in the off-season signing WR’s Marvin Jones Jr. and Phillip Dorsett II to play along with Laviska Shenault Jr., who led the team with 58 receptions last season.

While the loss of Travis Etienne is a big one the team still has last season leading RB in James Robinson, who rushed for 1,070 yards last season. The team has concerns on the offensive line but look for them to run the ball early and often in this game.

The Texans only ranked 27th in the league last season in points allowed and struggled against the run giving up an average of 5.2 yards per carry. The team has many new faces on defense and they need to take advantage of the suspect Jax offensive line.

Not only did the Texas fire their GM and head coach last season but enter this season with a new head coach in David Culley and a new defensive coordinator in Lovie Smith.

Tyrod Taylor only played in one game for the L.A. Chargers last season before being injured and then the backup for rookie Justin Herbert. Brandin Cooks led Houston with 1,150 receiving yards last season and they also have WR’s Keke Coutee and 6’4” rookie Nico Collins.

David Johnson rushed for 691 yards last season and the team brought in the RB duo of Mark Ingram and Phillip Lindsay. Like the whole team the offensive line was overhauled in the off-season with the team signing six offensive linemen.

The Jags’ defense ranked 30th in the NFL last season in points allowed and they only had 18 sacks. . LB Myles Jack had a career high 118 tackles last season and the team bolstered their pass rush and run D in the off-season signing DL Roy Robertson-Harris and DE Jihad Ward and made a trade for DT Malcom Brown. The team also has a few new faces in the secondary and CB Tyson Campbell was Jax’s second round pick.

While Jacksonville only won one game last season, they are 5-2 ATS in their last seven games facing teams from the AFC South.

You know how bad it is in Houston, as they are at home facing a Jax team that won one game last season and they are a 3-point underdog. I look for Laurence to have a good debut but for the Jags to have a lot of success running the ball. Houston will not be embarrassed at home and they will score some points on a Jags defense that has some holes. However, their D will struggle and the Jags will get the win and cover the 3-point spread.