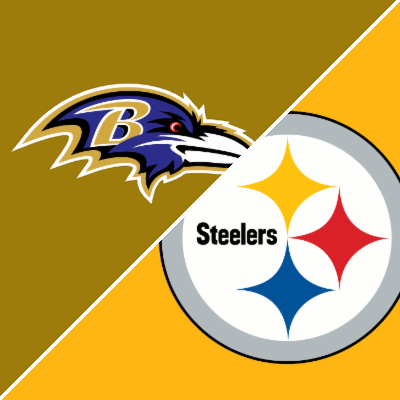 The Steelers have lost two in a row and they need a win in this AFC North matchup facing a Ravens’ team that has won two in a row.

The Ravens won their second in a row in their last game where they were at home and beat the Cleveland Browns 16-10. The win was a less than impressive one, as while they played well on defense Lamar Jackson was picked off four times and their D kept the Browns on capitalizing on those turnovers.

In their last game the Steelers were on the road and they were hammered losing to the Cincinnati Bengals 41-10. Pittsburgh were not outgained by a lot of yards (370-301), but they committed three turnovers and only rushed for 51 yards while giving up 198 rushing yards.

This is the first game of the season between these bitter division rivals and last season the Steelers won both games. However, the Ravens are 5-1-1 ATS in their last seven road games facing Pittsburgh.

The D Has Bailed out the Offense

In the last two games the Ravens have two wins but they only scored 16 points in each one.

Jackson came back after missing a game and tossed four picks in the win over the Browns and over his last three games he has 5 TD to go with seven INT. he did rush for 68 yards in the Cleveland game and leads the team with 707 rushing yards while the next leading rusher has 324 yards.

For the Ravens. Jackson has been the offense and he has to have help from the o-line and WR Marquese Brown (770 yards 6 TD) and TE Mark (761 5 TD) have to help the former MVP out in the pass game.

One thing the Ravens have going for them is that they will be facing a Steelers’ defense that has given up 41 points in each of the last two games.

Pittsburgh’s defense ranks 12th in the NFL against the pass but only 28th against the run.

Ben Roethlisberger (2,522 yards 14 TD 6 INT) tossed two picks in the last game but the team’s issues are not all on him. The D has been bad in the last two games and Big Ben has passed for eight TD and two Int in the last four games.

Najee Harris (708 yards 5 TD) only has 62 rushing yards in the last two games, after rushing for 105 yards in the previous game, and is only averaging 3.6 yards per carry.

Diontae Johnson (809 yards 4 TD) and Chase Claypool (608 yards 1 TD) give Ben a legit WR duo and Harris is solid out of the backfield as the third leading target, so Pittsburgh has weapons but they simply cannot get down big and rely on the pass game.

The Ravens’ defense has been Jekyll and Hyde, as they rank second in the NFL in run defense but dead last in pass defense.

Can’t take the Steelers in this one with their D as of late. They have given up 41 points in each of their last two games and they will have issues on defense in this game. Jackson tossed four picks in the last game and the Ravens still one. He will run and pass the ball well in this important division game and even on the road. Baltimore will win and cover.