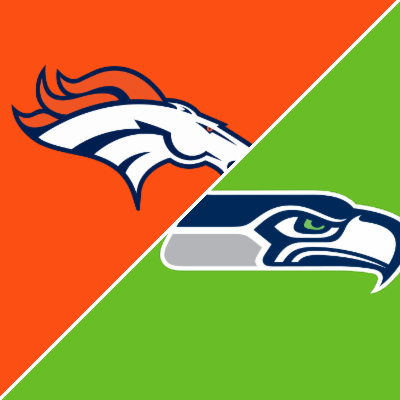 No lack of drama in the season-opening Monday night game with the Seahawks hosting the Broncos and a familiar face at QB in Russell Wilson. Seattle is in rebuild mode after trading Wilson to Denver, who are now legit playoff contenders with their franchise signal-caller in place.

The Broncos finally have a legit QB trading for Wilson, who won a Super Bowl in his 10 seasons with the Seahawks. He dealt with some injuries last season and missed some games but still passed for 3,113 yards with 25 TD and only six picks. Courtland Sutton is the #1 WR and former first round pick Jerry Jeudy has talent but failed to score a TD in 2021.

Javonte Williams and veteran Melvin Gordon III combined for 1,821 rushing yards last season and are one of the better backfield duos in the NFL.

The weapons and the defense are there for the Broncos and the team is hoping Wilson will be the final piece. Denver has not averaged more than 21 ppg in the last two season and that has to change.

The Denver D ranked third in the NFL last season only giving up an average of 18.9 ppg. Von Miller is gone but the team has talent all over the defensive side of the field. Picking up Randy Gregory bolstered the D and the team needs Bradley Chubb to rebound from a sub-par 2021 season where he failed to register a sack.

Back to the Drawing Board

The Seahawks are in total rebuild mode after trading away Wilson as well as star defender Bobby Wagner. Drew Lock was brought over in the Wilson trade but Seattle will go with longtime backup Gino Smith to start in Week 1. He has not been a full-time starter since the 2013 season and last season in three starts for Seattle the team was 1-2 and he passed for 702 yards with five TD and one INT.

While the Seahawks are rebuilding and in hopes of taking a QB in the next draft, which is loaded with QBs, they have some big-time players. WRs DK Metcalf (967 yards 12 TDs) and Tyler Lockett (1,175 yards and 8 TDs) are a great duo and RB Rashaad Penny blew up for 671 rushing yards in the last five games of last season.

The offensive line has been an issue for a few seasons and that will not change. The team will start two rookies on the line and Smith will have to be mobile against the solid Denver pass rush.

The defense gave up way too many big passes last season and the pass rush was not there. Wagner is gone and the pass rush and run D will be manned by a few free agent acquisitions. The S duo of Jamal Adams and Quandre Diggs missed most of last season with injuries and they need to stay on the field and get back to their Pro Bowl form.

5-2 ATS in their last 7 games in September

While it is no secret the Seahawks are in rebuild mode they still have some legit talent on offense. Their D has issues and there are not high expectations for the team with Gino Smith under center. Denver finally has a legit QB and a lot of talent around him. The Broncos do play in the killer AFC West but hopes are high in Mile High City and Wilson is under a ton of pressure to deliver. He will do just that, at least in Week 1, as he will bring the Broncos offense to life and their D will keep the Seahawks in check. I do not see Denver blowing out Seattle but they will win handily and cover the spread.