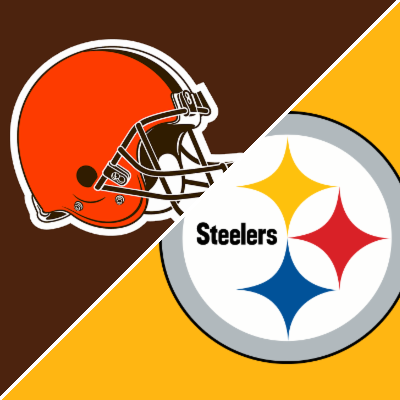 The Steelers and Browns are both desperate for a win in this Monday night matchup to keep their playoff hopes alive.

Oddsmakers have the Browns as a 3-point road favorite in this AFC North clash with the total sitting at 41. As of Friday, the spread and the total have not changed since opening.

The Browns have lost two in a row and in their last game they were on the road and lost to the Green Bay Packers 24-22. They outgained the Packers by more than 100 yards and rushed for over 200 yards but they committed four turnovers and did not force any.

The Steelers have lost two of their last three games and in their last one they were on the road and were drubbed in a 36-10 loss to the Kansas City Chiefs. While Pittsburgh had pretty good balance, they were outgained 381 yards to 303 yards, were outscored 23-0 in the first half, and turned the ball over three times while not forcing any turnovers.

Earlier this season in Cleveland the Steelers beat the Browns 15-10 in a slugfest. The Steelers have covered the spread in four of their last five games facing the Browns.

Hold onto the Rock

In the loss to the Packers Baker Mayfield accounted for all four turnovers with four INT and he was also sacked five times. He has seven INT in the last four games and he has to avoid the turnover in this game.

Nick Chubb ranks third in the NFL with 1,143 rushing yards and he had 126 of them in the loss to the Packers. His play will be key in this game, as the better he can run the ball the more it will help Mayfield not having to throw the ball. In the loss to Pittsburgh earlier this season Chubb rushed for 61 yards and only averaged 3.8 yards per carry.

Cleveland has three players with at least 436 receiving yards led by Donovan Peoples-Jones (483 yards 3 TD), who only had one catch for five yards in the last game. These targets have to create separation and make it easier for Mayfield, who has a ton of pressure on him this Monday night.

Pittsburgh has given up exactly 36 points in the two losses in the last three games and on the season, they rank 13th against the pass and dead last against the run.

Ben Roethlisberger is dealing with a shoulder and pectoral injury and while listed as questionable he will go in this game. After five TD in two games, he only has one in the last two games. Emotions may be high for Big Ben, as this is likely his last game at Heinz field, as he is set to retire after this season and the Steelers season finale is on the road.

Rookie Najee Harris (984 yards 6 TD) ranks fifth in the NFL in rushing yards and he has at least 93 rushing yards in two of the last three games and rushed for 91 yards in the win over the Browns this season.

The Cleveland defense ranks eighth in the league against the pass and 10th against the run.

Both teams are still in the playoff hunt but both have not looked good as of late. The Browns gave the Packers the last game with Mayfield’s four picks but I see him having a solid game in this one avoiding the turnover and handing the ball off early and often. While the Steelers played the run well in the first meeting with the Browns, I do not see that happening again. Big Ben will keep it close but Chubb will be the star with a big game and Cleveland will win and cover.