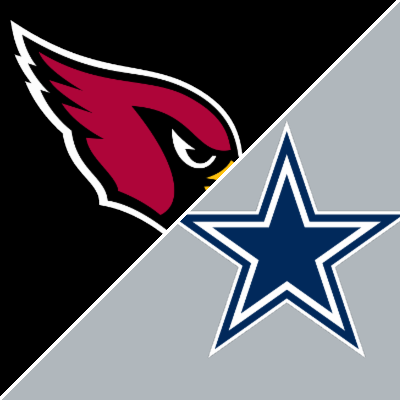 The hot Cowboys are coming off a blowout win and play host to a Cardinals team that has hit the skids as of late.

The Cardinals have lost three in a row and in their last game they were at home and lost to the Indianapolis Colts 22-16. In the game Arizona had more passing and rushing yards and did not commit a turnover but were penalized 11 times for 85 yards and allowed Indy to convert eight of 15 third downs.

The Cowboys have won four in a row and in their last game they were at home and laid a 56-14 beat down on the Washington Football Team. They won the NFC East title with the win where they racked up nearly 500 yards of total offense and forced two turnovers.

These teams met last season in Dallas where the Cardinals crushed the Cowboys beating them 38-10. Arizona is 5-1 ATS in their last six games facing the Cowboys.

The Cardinals’ offense has been struggling in their three-game skid and they have only totaled 28 points in their last two games.

Kyler Murray (3.284 yards 21 TD 10 INT) only has two TD in the last three games where he has three INT. He has missed DeAndre Hopkins, who is on IR, and while Arizona still has their top two WRs Hopkins is out and Zach Ertz is listed as questionable with a hamstring injury.

James Conner, who missed the last game, and Chase Edmonds are the two leading rushers for the Cardinals and both are banged up and listed as questionable.

Dallas has only given up an average of 14.3 ppg over the last four games and on the season their defense ranks 20th in the NFL against the pass and 12th against the run.

The critics had questioned Dak Prescott and the Dallas offense before the last game where they put up a season high 56 points.

Prescott (3,928 yards 29 TD 10 INT) only had five TD in four games before the blowout win over Washington where he passed for four TD and was not picked off.

Lead rusher Ezekiel Elliot (899 yards 10 TD) has only averaged 40.8 rushing yards per game over his last five games. Tony Pollard (710 yards 2 TD) only rushed for 34 yards in the last game after rushing for at least 71 yards in the previous two games.

The Cardinals’ defense has given up at least 30 points in two of their last three games and on the season, they rank fifth in the league defending the pass and 15th defending the run.

While the Cardinals are in the playoffs, they went from leading the NFC West to a likely Wild Card team. They are 7-1 on the road but they will not add to their road win total in this game. The Arizona offense has been struggling and they will continue to struggle facing a Dallas defense that has played well in the last few games. Prescott will have another solid game and the Cowboys will run the ball well and with the Cardinals’ issues on offense you add those things up and you get America’s Team winning and covering the spread.