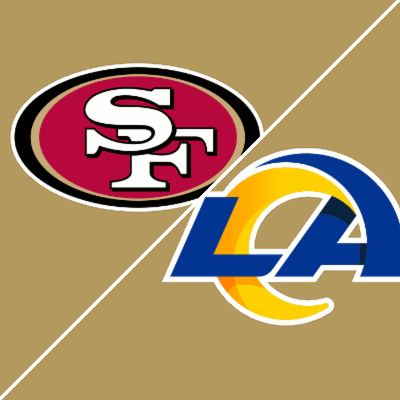 The NFC Conference Championship game takes place Sunday, January 30th with the LA Rams hosting the San Francisco 49ers. The Rams are 3.5 point favorites with a total of 45.5.

While the action is fairly even in terms of tickets being written, the bigger money has come in on the 49ers. But remember, big money doesn’t always translate into smart money.

Let’s take a look at how our model sees this game.

An across the board sweep for the model with two of the three predictions having the Rams on top by 5 and the one using data from the last 7 games predicting a 9 point Rams win.

In all of the playoff games this year, had you used only the yards per play stat to pick a winner against the spread, you would be sitting at 7-1. Your only loser would have been on the Bills last week and you could certainly argue that one should have been a winner.

In two of the games there was no significant edge either way.

Unfortunately there’s really no significant edge this week using that stat. In this game the Rams yards per play differential is +0.8 and the 49ers number is +0.9. These two teams have the highest differential of the remaining teams and were the top teams in this category behind Buffalo heading into the playoffs.

For me, this game comes down to Matthew Stafford. I recall watching Stafford at Georgia and having no doubt he’d be a superstar in the NFL. Unfortunately, he landed in Detroit and the Lions were never able to provide him with the supporting cast.

While I’ve said over and over that you can’t win championships in the NFL without a top QB, let’s face it, all of the great ones have also had a very good supporting cast. You can’t do it alone in the NFL.

Stafford now has that supporting cast with the Rams which essentially makes this a now or never situation.

Somehow Garoppolo is 4-1 in post season play. But he’s not in the same class as Stafford.

The 49ers have beaten the Rams twice already this season. They won 31-10 at home back in November and then a few weeks ago they came back from a 17-0 deficit to beat the 49ers in OT and secure a playoff spot.

We’ve watched the Rams squander big leads recently. Specifically last week against the Bucs and the game against these 49ers a few weeks back. So hold your breath here if you join us because we’re playing the Rams. It’s tough to beat a quality team 3 times in one season and we don’t think that will happen here.